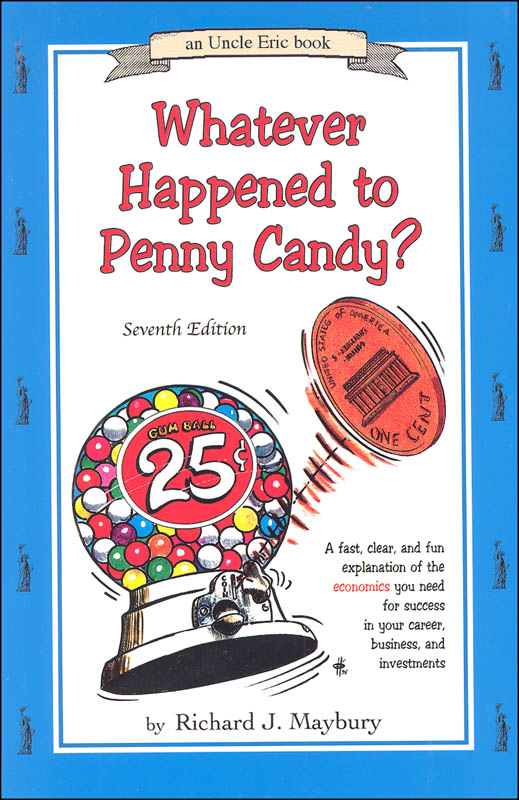 This clearly written, award-winning book about economics is a remarkably easy and fun explanation of money (its origin and history), the dollar (its origin and history), investment cycles, velocity, business cycles, recessions, inflation, the demand for money, government (its economic behavior), and more. All explanations and interpretations are according to the Austrian and Monetarist schools of economic theory.

Using the epistolary style of writing (using letters to tell a story), author Richard J. Maybury plays the part of an economist (Uncle Eric) writing a series of letters to his niece or nephew (Chris). Using stories and examples (including historical events from Ancient Rome), Mr. Maybury explains economic principles, giving interesting and clear explanations of topics that are generally thought to be too difficult for anyone but experts. Mr. Maybury warns, "Beware of anyone who tells you a topic is above you or better left to experts. Many people are twice as smart as they think they are, but they've been intimidated into believing some topics are above them. You can understand almost anything if it is explained well."

Category Description for Whatever Happened to Penny Candy?:

Not conversant enough on economic theory to explain to your children why our economy is in the state it is, when, why and how we've gone off the gold standard, and why prices keep rising? Here's a simple, entertaining and in-depth introduction to economic theory. Written as a series of letters from "Uncle" Eric to a nephew or niece, this book explains economics along with interesting historical information. It covers topics such as the origin and history of money, the history of our dollar, the economic behavior of the government, the business cycle, inflation, recession, depression, the federal debt, foreign currency, how and why the government impacts the value of money, and the wisdom and pitfalls of investing. This 7th edition also adds reference lists of Web sites and financial newsletters for additional research. Clear enough for a 5th grader to read and understand, but not oversimplified.

A 2015 edition study guide for the Penny Candy book is available, entitled A Bluestocking Guide to Economics. It is much more complete than the former guide, containing comprehension, research, and application exercises. Besides exercises, the guide contains additional projects, an exam and answers, as well as other articles to reinforce and extend student understanding of economic concepts presented in the text, an economic timetable, and recommended websites, books, and movies to extend the study. This newest edition adds additional articles covering economic issues which occurred in the 1990’s and the 2008 recession. 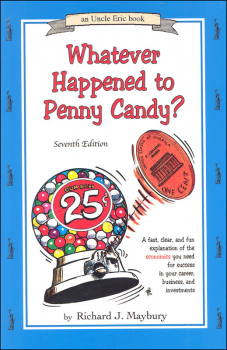