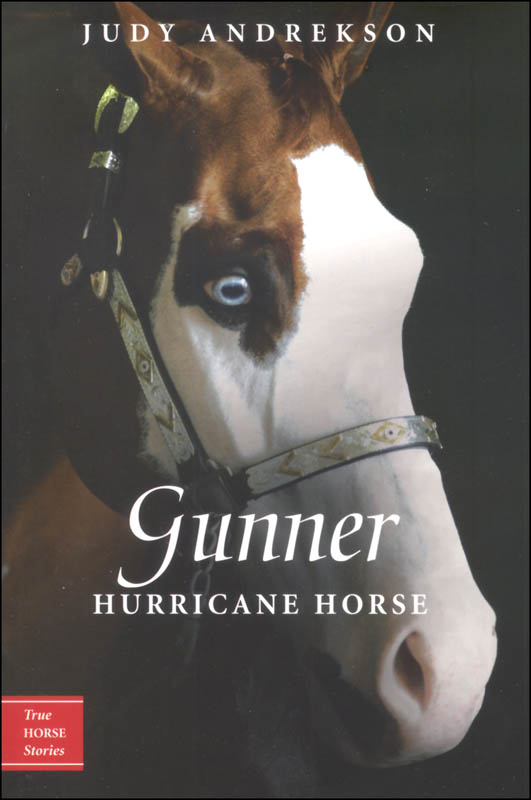 This fascinating book is not just for horse people. Gunner: Hurricane Horse is a heart-grabbing and tear-jerking story that happens to be true! This book is great for family bonding time, building character, and promoting problem-solving skills. Throughout the enriching story of Gunner, the virtues of compassion, loyalty and hopefulness shine through time and again. The read is easy and engaging, as it tells the beautiful story of the relationship between Heather and her horse Gunner. This novel includes a few nice pictures or illustrations. 93 pgs, pb.

PBJ Decks Smokin Gun (Gunner) is an American Paint Horse, one of the many of Heather Lott Goodwin's herd, and a valuable show animal that won the World Championship Paint Horse title. When Hurricane Katrina passed over the Goodwin property, it took with it the fences, the cattle, and several horses. Heather and her family lived in their horse trailer for six weeks and considered themselves lucky to have safe, comfortable shelter. After the storm, they searched for the animals and recovered many of them. But three months passed before they located Gunner, a hundred miles away. They were told he was in terrible shape and should be put down. Nevertheless, Heather drove on washed-out roads to bring him home, starving, dehydrated, and blind in one eye. With the help of a vet and her mother, she nursed him back to health. Amazingly, nine months later, he was well enough to compete again in the World Championship Paint Horse Show. Gunner's story is a testament to love and to determination. 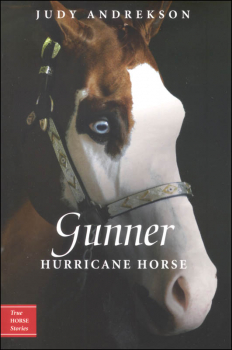