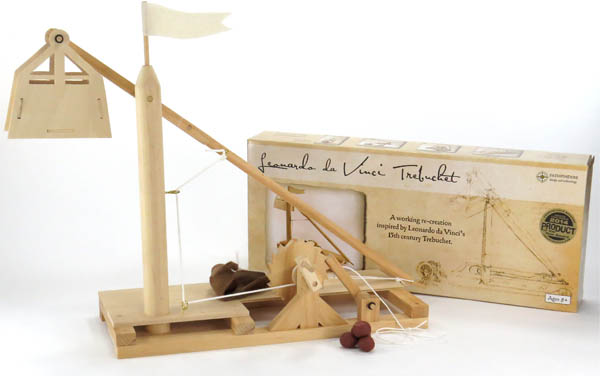 It is possible that this was merely a sketch to show that he knew how to make machines of this nature, and that the people he would show it too didn't care too much about the details, but to make this design work there would have to be two boxes - one on either side of the mast.

As previously noted, Leonardo's siege engine designs, and even many of his bridge designs were made as part of his rsum, when he was looking to get the job of military engineer with a Lord or Duke. In fact it has been suggested that the underwater breathing apparatus he designed was to get a job with the Duke of Venice, to help him defend against attack from the sea (his idea was to wear the underwater outfit, walk along the floor of the harbour, drill holes in the hull of the invading armies ships so they sink in the harbour and cannot attack). He didn't get that job...

It is likely Leonardo knew that the people he was showing this too would not understand the specifics of the machine, so it is possible he just drew ropes on to show that there would be a way to reload the trebuchet. 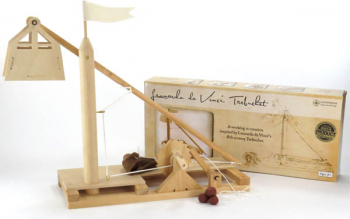