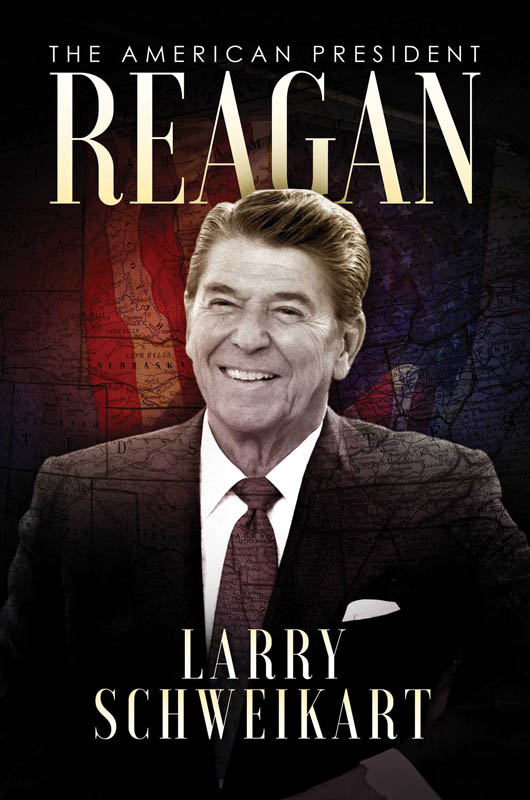 This in-depth biography, by Larry Schweikart, shows “never-before-seen” insights and information about the life and doings of former President Ronald Reagan. Written from a conservative viewpoint, this book shows a bit about his childhood and upbringing, days in school and college, involvements in the government, differences he made in the lives of others, time in office, and so much more! This book has been written with an easy-to-read format, not having an overabundance of uncommon legal terms and phrases. What a great way to learn about someone who helped shape the country that we know to today. Included with the story are several full-color pictures, taken with family, government officials, and more. 537 pgs, hc. ~ Brianna

The definitive biography of Ronald Reagan, featuring never-before-seen documents and sources from the Reagan Presidential Library.

New York Times #1 bestselling author Larry Schweikart, armed with previously unseen sources from Ronald Reagan's Presidential Library, uncovers the most important president of the 20th century and details the life and policies of a man who still remains dear to the hearts of Americans. From his time as a lifeguard in Illinois to a sports announcer to a rising actor to a labor union leader, then finally governor of California in the tumultuous 1960s and ultimately President, Reagan's life is told as it has never been before.