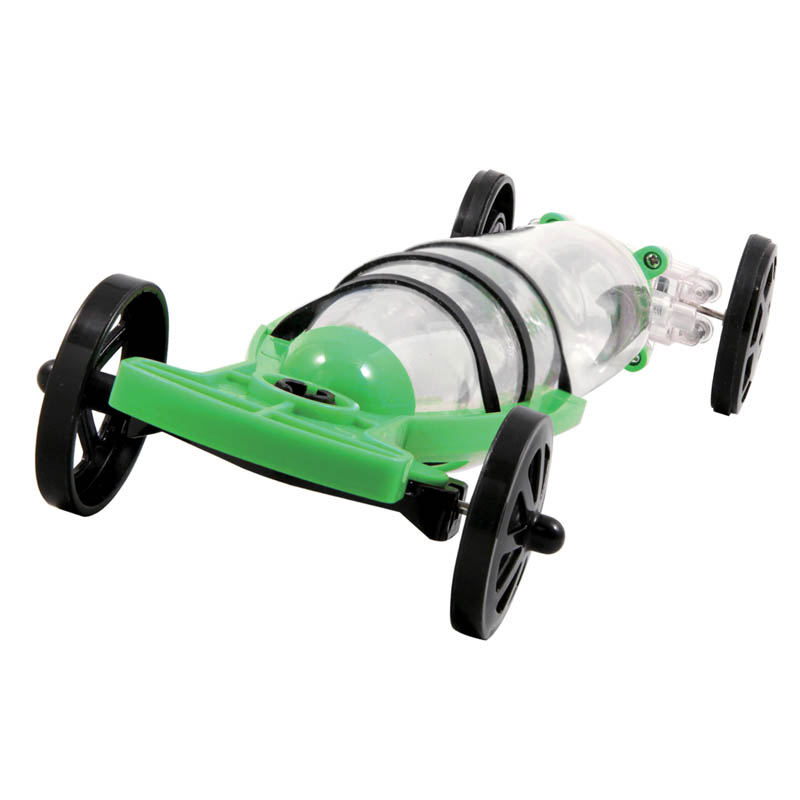 In 2015, OWI produced the award-winning Air Power Racer. While most scientists would rest with satisfaction knowing they have created a hit, OWI scientists knew they could do more. After four years of hard work and minor tweaks, the Air Power Racer v2is ready to hit the streets! This 15-piece kit will provide hours of fun as its loud engineroooaaarzzzzup and down race tracks designed by children ages six and up. Like the original, theAir Power Racer v2also runs on compressed air, but one fundamental change made in the lab was the removal of the onboard air pumping device. With this bulky equipment removed from the body, our scientists were able to reduce the weight of the vehicle more than 66%! One may ponder, "why make the vehicle lighter?"... For speed, of course! With the lighter frame and aerodynamics inspired by rocket cars, the Air Power Racer v2can achieve speeds up to 42% faster than the original all while using the same free fuel... Air. Not only did OWI's team of scientists make improvements to the Air Power Racer v2'sperformance, they also improved the price tag, reducing the suggested retail price OVER 28%! Take a bow OWI scientists; you've outdone yourselves.

The RobotiKits from OWI have no comparison. For flawless assembly: 5 stars. For clarity of instructions: 5 stars. For durability of constructed robots: 5 stars. For robots that actually work as advertised: 5 stars. Let's face it - not all kits turn out as well as they are supposed to, but you can count on these kits going together and functioning with the perfection of precision engineered components. All kits come with a pre-assembled circuit board. Most components are made from plastic and either snap together, or hold in place with the provided screws. Some kits may require some additional tools listed below. What sort of knowledge will be gleaned while enjoying these fun kits? Gear structure, battery wiring, motor principles, electronic circuits, circuit block diagrams, and comprehending assembly instructions. Try one today! CHOKING HAZARD (1). Not <3yrs.

Category Description for Robotics Kits:
Category Description for ENGINEERING:
Primary Subject
Science
Grade Start
1
Grade End
7
EAN
092087750206
Format
Other
Brand Name
OWI
Weight
0.6 (lbs.)
Dimensions
8.88" x 10.38" x 1.88"
Powered by TurnTo
Questions that need answers | My Posts
Start typing your question and we'll check if it was already asked and answered. Learn More
Do not include HTML, links, references to other stores, pricing or contact info.
My question is about: 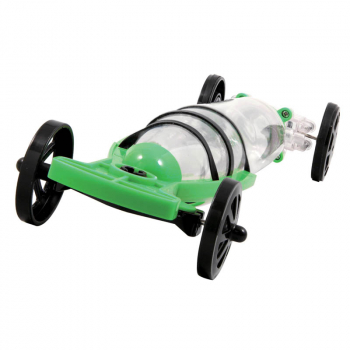