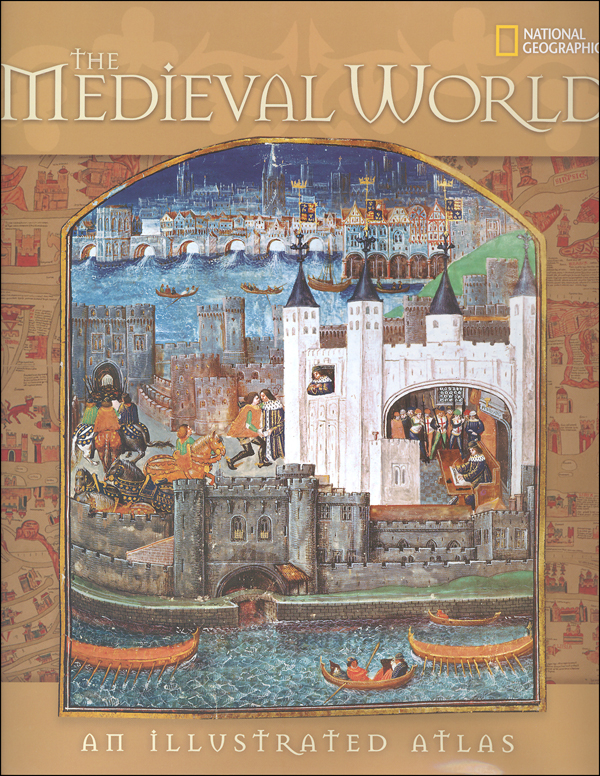 Much more than "just" an atlas, this reference book from National Geographic traces the development of the three civilizations that occupied parallel (sometimes intersecting) but divergent places in the Medieval world (400 1500 AD). The history of each century is gloriously traced in 30 page segments of this majestic, colorful, hardcover book. Rich in lyrical and captivating stories with colorful characters, exciting battles and alluring intrigues, voices of the day speak from words of rare manuscripts, landmark documents, and classic works of literature. Within each century the notable occurrences in European Christendom, Eastern European Byzantium, and Middle Eastern Islam are highlighted along with a timeline showing their relationship to each other. In addition to historical description and analysis, side-bar commentary covers beliefs, arts & letters, personae (biographical sketches), innovation, edifices, and locus (writings/books). There is considerable text surprising in an atlas but there are the expected maps as well. Within each century, there is a "modern" map showing the boundaries of each civilization during that time frame as well as historical maps reflecting the "at-the-time" perspective. There is also a world overview map that gives a summary of what was happening in the other parts of the world during that same century. Interesting, illustrative material abounds: art reproductions, artifact photos (in color), jewelry, photos of modern-day cities or artistic representations of historic ones, portraits, buildings, etc. There is much more here than a casual skimming of the pages provides. This book is used as a textual reference for some history programs, and it's easy to see why. Although not quite in the category of high school world history text (but close), it provides a detailed secular look at three amazing religion-based civilizations, two of which directly impact later centuries. 384 pgs, hc ~ Janice

Sumptuously illustrating the vivid parade of a thousand years of history, this comprehensive historical atlas concentrates on the Mediterranean world but also shows what happened across the globe between A.D. 400 and 1500 from the fall of Rome to the age of discovery. Every page glistens with period works of art, fascinating maps, quotes from medieval figures, close-ups of intriguing artifacts, and rich landscape photographs of the places where battles were fought and monarchs were crowned. For every century, a signature city is spotlighted to represent that era's developments. Time lines connect the many dramatic events that took place in these dark and exciting times, which continue to shape our world today. Written by a team of veteran National Geographic writers, this richly illustrated reference includes full index, reading list, and glossary. 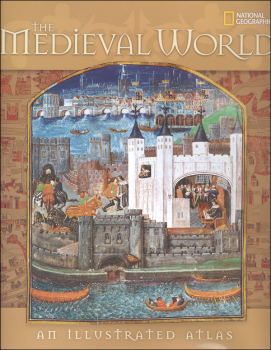