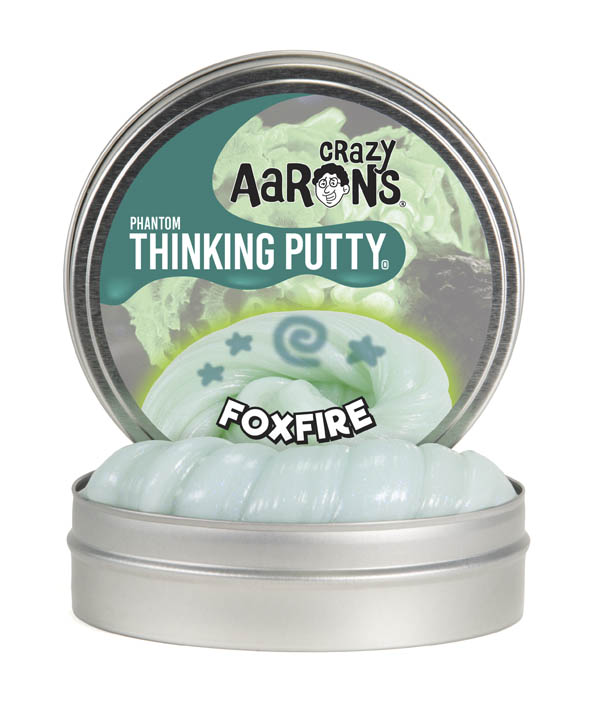 Foxfire is the name of an eerie glow created by phosphorescent fungi in decaying wood. A natural wonder, foxfire is often associated with magical things like woodland fairies and the will o' the wisp.

Foxfire Thinking Putty is equally wondrous. This glimmering light green putty shines a bright blue with a green edge in the dark. Plus, you'll reveal a supernatural glow when you draw on Foxfire with the included Glow Charger.

Each tin includes 1/5 lb of Foxfire Thinking Putty - a huge handful for tons of fun and a Glow Charger.

Stretchy, bendy, breakable yet malleable Putty is so simple, so diverse, and so much fun to handle. But theres a whole lot more to putty these days! Enter Crazy Aarons Putty. Step aside, pink putty, and get ready for these wild deviations including metallics, glow-in-the-darks, magnetics, neon and more. But beyond their cool colors, the putty is great for keeping fidgety hands busy during school time and is also useful for building hand strength. Large tins have 1/5 lb of putty while Medium tins have 1/10 lb and Minis have 1/34 lb.

Primary Subject
Games, Puzzles & Toys
Grade Start
PK
Grade End
AD
Note 1
Item only ships to U.S. destinations. It will cancel
Note 2
automatically if shipping to non-U.S. destination
EAN
713757876223
Format
Other
Brand Name
Crazy Aaron's Puttyworld
Weight
0.4 (lbs.)
Dimensions
7.62" x 4.25" x 1.38"
Powered by TurnTo
Questions that need answers | My Posts
Start typing your question and we'll check if it was already asked and answered. Learn More
Do not include HTML, links, references to other stores, pricing or contact info.
My question is about: 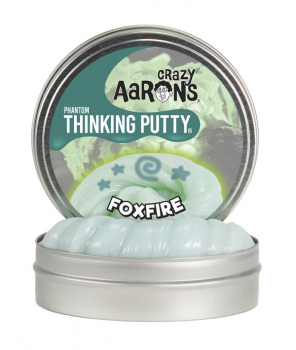 Foxfire Putty with Glow Charger (Phantoms)
Item # 007958
Our Price: $14.99
In Stock. Item will be unavailable when sold out.
Add Group
Continue Shopping Proceed to Wish List