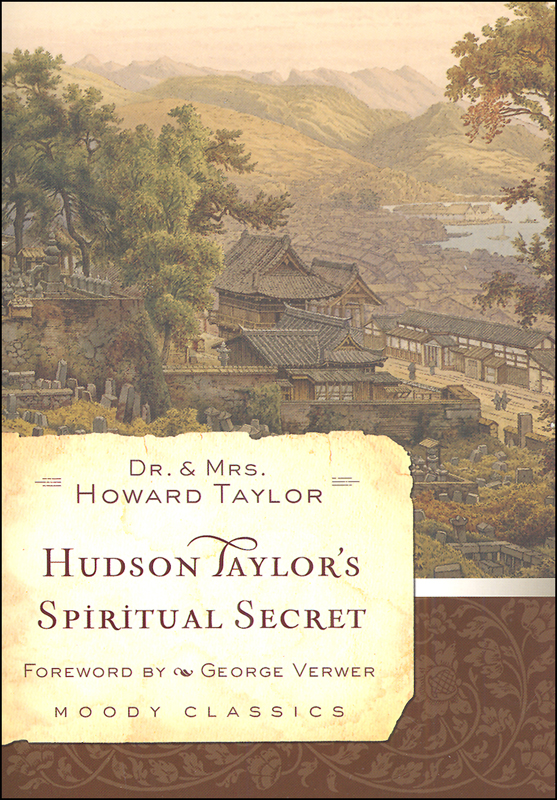 When a man's name is synonymous with missions in China, then it's safe to assume that he does indeed possess a "spiritual secret." Hudson Taylor is known for his lifelong commitment to China and the establishment of the China Inland Mission, and for devoting his life to bringing the gospel to the Chinese people. This biography written by his son and daughter-in-law provides insight into his motivation total dependence on God. Through deep trials he trusted and worked, daily leaning on God's provision. He saw God add to the number of souls being saved and his legacy in China even through years of being forced underground is still being felt. ~ Janice

A spiritual biography of the "father of modern missions," Hudson Taylor's Spiritual Secret poses the question: What empowered Hudson Taylor's ministry in China? The answer: a fierce faith that believed God truly would fulfill the promises in His Word. Written by the missionary statesman's son and daughter-in-law, this book is intended for Christians who "need and long for just the inward joy and power that Hudson Taylor found." Hudson Taylor's secret, it turns out, is available to any who call on Christ's name. "An easy, non-self-denying life will never be one of power," Taylor said. "Fruit-bearing involves cross-bearing. There are not two Christs--an easygoing one for easygoing Christians, and a suffering, toiling one for exceptional believers. There is only one Christ. Are you willing to abide in Him, and thus to bear much fruit?" Now with a new foreword by George Verwer. 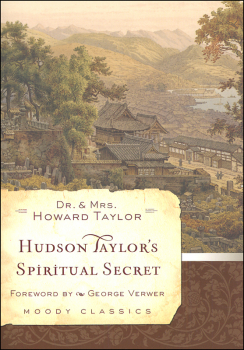