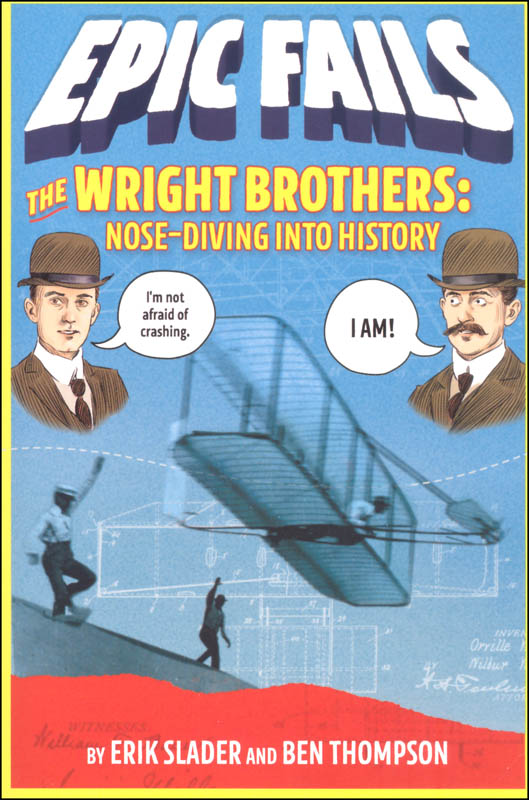 Ah, flight. Mankind’s greatest dream that so often ends in a soft splat against a hard surface. Well, this book is dedicated to all those “splat” moments through history! Witness the earliest attempts at flight through the ages (emphasis on “attempts”), then take a walk with the Wright Brothers as they struggle to make the first machine capable of true flight. It’s a tale of catastrophes, hazards, letdowns… and, ultimately, triumph! Informative and historically accurate yet fun, this is a highly entertaining read for anyone that enjoys failing (or falling) hard and dreaming big.120 pgs, pb.

A hilarious nonfiction look at two of history's most epic "failures": the Wright brothers, whose countless crashes ultimately led to groundbreaking success.

Although Orville and Wilbur Wright are celebrated today as heroes for their revolutionary contributions to science and engineering—they are acknowledged as the first men to successfully achieve powered, piloted flight—their success was hard-earned. (Spoiler alert: there were a lot of nosedives involved.) In fact, it took the self-taught engineer’s years of work and dozens of crashes before they managed a single twelve-second flight!

In this first installment of the brand-new Epic Fails series, Ben Thompson and Erik Slader take readers through the Wright brothers' many mishaps and misadventures as they paved the way for modern aviation.

The Epic Fails series takes a humorous and unexpected view of history, exploring the surprising stories behind a variety of groundbreaking discoveries, voyages, experiments, and innovations, illustrating how many of mankind's biggest successes are in fact the result of some pretty epic failures. 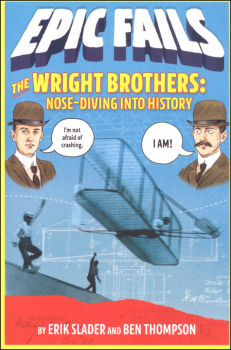