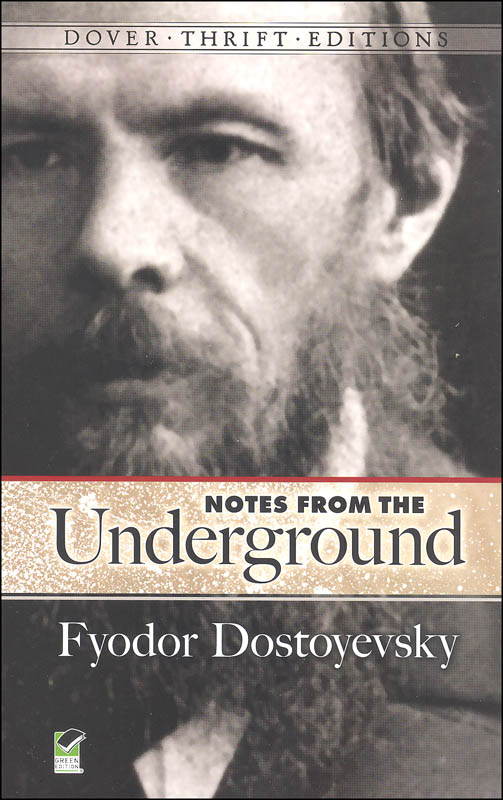 Notes from the Underground

"I am a sick man. . . . However, I know nothing at all about my disease, and do not know for certain what ails me." So pens the anonymous narrator of this diary-format short story by Dostoyevsky. Written as Dostoyevsky transitioned from student to author, this short story invites you into the brooding analysis of this character and begins a discussion of themes of morality, religion, politics and social dimensions that pervade Dostoyevsky's later work. A worthwhile introduction to this significant author. A Dover Green edition (printed on recycled paper). 5 1/4" x 8 1/4", 90 pp, sc. ~ Ruth

In 1864, just prior to the years in which he wrote his greatest novels Crime and Punishment, The Idiot, The Possessed and The Brothers Karamazov Fyodor Dostoyevsky (18211881) penned the darkly fascinating Notes from the Underground. Its nameless hero is a profoundly alienated individual in whose brooding self-analysis there is a search for the true and the good in a world of relative values and few absolutes. Moreover, the novel introduces themes moral, religious, political and social that dominated Dostoyevsky's later works. Notes from the Underground, then, aside from its own compelling qualities, offers readers an ideal introduction to the creative imagination, profundity and uncanny psychological penetration of one of the most influential novelists of the nineteenth century. Constance Garnett's authoritative translation is reprinted here, with a new introduction. 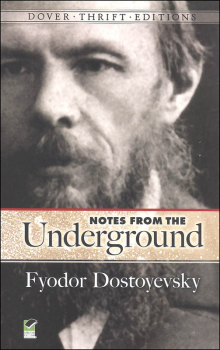 Notes from the Underground
Item # 006793
Our Price: $3.50
1 In Stock. Item will be unavailable when sold out.
Add Group
Continue Shopping Proceed to Wish List