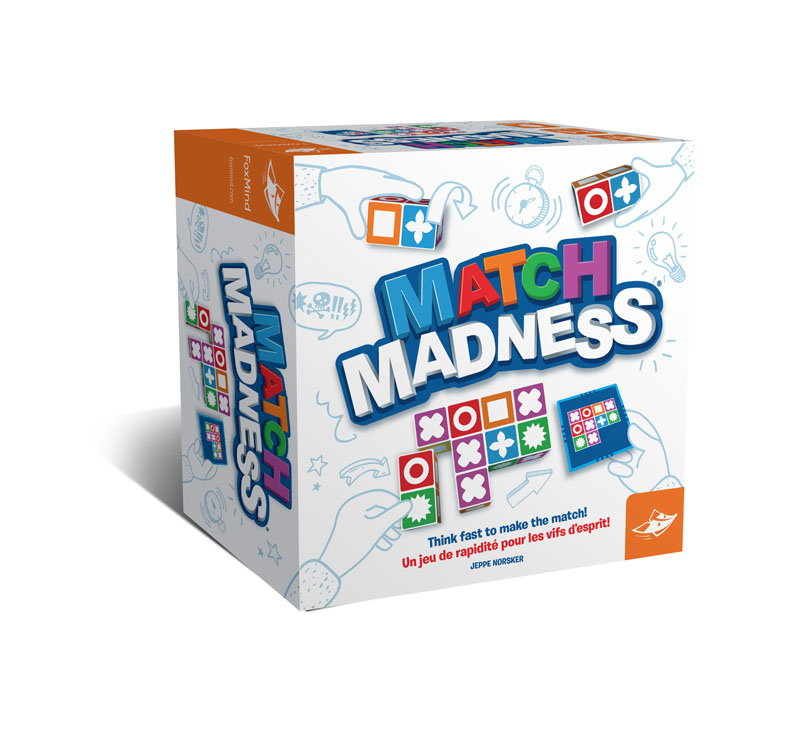 Get your neurons firing in this fast-paced perception game! Scramble to arrange your set of 6-sided, colorful blocks to match the pattern shown on the card. The first player to complete their pattern grabs the card and everyone immediately races to match the pattern on the newly revealed card. Includes 60 pattern cards. For 1-4 players; 20 minutes.

Let the furious fun begin! Players sprint to arrange a set of 5 blocks so that they match a pattern shown on a card. First player to succeed grabs the card and a new matching race starts. Tensions rise as you scramble to outpace and outsmart your opponents in this ingenious game of perception. So fire-up your neurons and be transported by Match Madness!

Primary Subject
Games, Puzzles & Toys
Grade Start
3
Grade End
AD
EAN
8717344311199
Format
Other
Brand Name
FoxMind
Weight
1.7 (lbs.)
Dimensions
7.88" x 7.88" x 4.0"
Powered by TurnTo
Questions that need answers | My Posts
Start typing your question and we'll check if it was already asked and answered. Learn More
Do not include HTML, links, references to other stores, pricing or contact info.
My question is about: 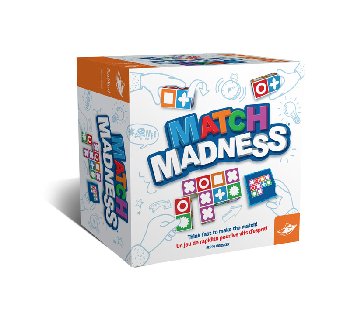