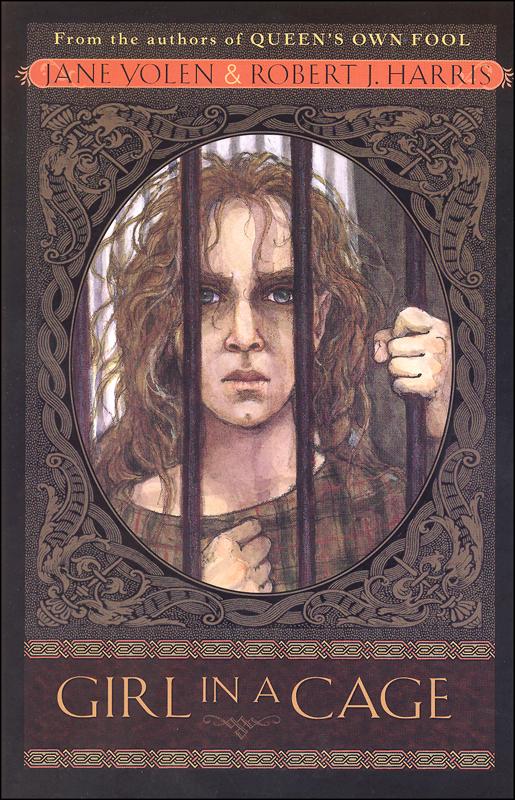 Girl in a Cage

When her father, Robert the Bruce, becomes King of Scotland, Marjorie Bruce becomes a princess. But Edward Longshanks, the ruthless King of England, has set his sights on Robert and his family. Marjorie is captured and imprisoned in a wooden cage in the center of a town square, exposed to wind, rain, the taunts of the townspeople, and the scorn of Longshanks himself. Marjorie knows that despite her suffering and pain, she is the daughter of noble Robert the Bruce and she will make her father, and her country, proud. For a true princess is a princess, whether in a castle or in a cage.
Primary Subject
History/Geography
Grade Start
3
Grade End
7
ISBN
9780142401323
Author
Jane Yolen & Robert J. Harris
Format
Paperback
Brand Name
Speak
Weight
0.55 (lbs.)
Dimensions
8.5" x 6.0" x 0.75"
Powered by TurnTo
Questions that need answers | My Posts
Start typing your question and we'll check if it was already asked and answered. Learn More
Do not include HTML, links, references to other stores, pricing or contact info.
My question is about:

Powered by TurnTo
Review More Purchases | My Posts
5.0 / 5.0
1 Review
5 Stars
4 Stars
3 Stars
2 Stars
1 Star
1
0
0
0
0
In and Out of a Cage
I loved the historical fiction book Girl In A Cage, by Jane Yolen (230 pages). It has themes and issues like discomfort, loyalty, freedom, death, fighting, and obstinacy. At times it’s a bit despairing; at other times it’s encouraging. In it, Marjorie, Robert the Bruce’s daughter, after running from King Edward I’s soldiers over Scotland with her uncle Neil, the Countess Isabel of Buchanan, and her stepmother Elizabeth, is locked in a filthy cage by King Edward, taunted, thrown at, and scorned by the English people—and Edward too. Edward wants her to submit and accept him as her king instead of her father. She won’t. At last he starves her. One might think that the book is disgusting because of the condition of the cage and the things that are thrown at Marjorie, but I enjoyed it because Marjorie stands up to King Edward and finally gets out of the cage.
December 18, 2018
Elizabeth 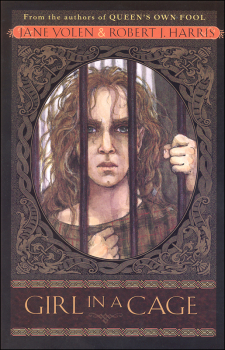