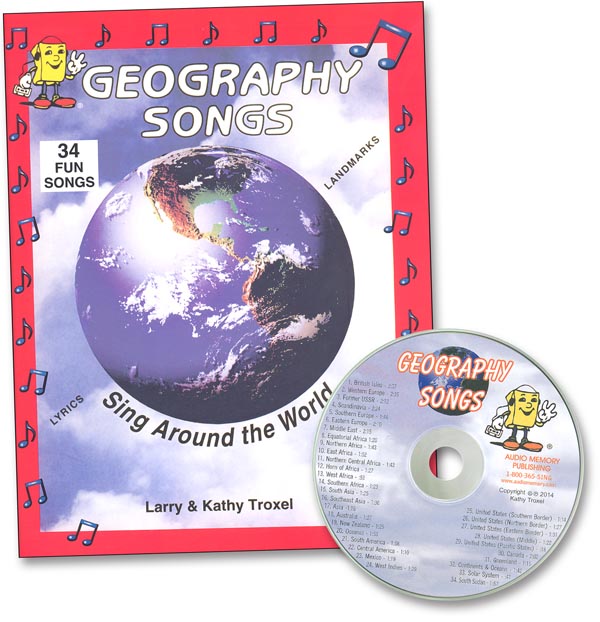 Powered by TurnTo
Review More Purchases | My Posts
4.3 / 5.0
11 Reviews
5 Stars
4 Stars
3 Stars
2 Stars
1 Star
9
0
0
0
2
Rated 1 out of 5
Good idea but never updated
Completely out of date. For example, it leaves off the names of several newer countries and been includes names like Kampuchea??? I mean really it must've been decades since this was updated. Absurd to be selling it in this form as an educational resource.
June 13, 2022
Ashley F
Purchased
1 year ago
Rated 1 out of 5
inaccurate
This is unfortunately full of outdated information. If you use it, it'll end up stuck in your kids' heads because music is indeed good for memory work. For example, for many years now Pluto has not been considered one of the planets orbiting our sun. Many other issues in the other songs. Should be updated or discontinued.
August 22, 2021
Ashley
Rated 5 out of 5
Great product!
My grandson absolutely loves this CD & workbook!
July 25, 2020
Donna V
Purchased
over 2 years ago
Rated 5 out of 5
My kids adore these songs and now know more country names and locations than I ever had learned as a child!
May 6, 2020
Erin V
Purchased
over 2 years ago
Rated 5 out of 5
a MUST for homeschool
If I had a list of only 10 things for homeschool, this would definitely make the list!
November 10, 2015
Stacie T
Purchased
over 7 years ago
Rated 5 out of 5
We've used this CD and maps all year as part of our world history/geography program We generally focus on one song and map per week (as scheduled in our curriculum) and it's been a favorite part of my children's morning My 7 9 and 11 year olds enjoy the songs and they have definitely helped them remember names and facts about countries I'm not sure they would retain as much listening to the CD as a whole but focusing on one song at a time and reviewing others throughout the year has worked well for us I copy the individual area maps for each child to color while we learn the names of countries and listen to the CD My dramatic oldest daughter loves the different accents and styles of music while my serious no-frills youngest son has developed a fascination with maps as a result of this daily exposure
May 2, 2013
Ramona Jett
Rated 5 out of 5
I am not thrilled with this CD Much of the music sounds alike and can really get on your nerves It is full of great information on country locations but we will only listen to a song or two at a time pertaining to the geographic area we are studying I can't believe other people listen to it in the car and enjoy the music for any substantial length of time!
January 19, 2009
Cindi Rosebecke
Rated 5 out of 5
This has been one of the best additions to our curriculum this year My oldest three have picked up on the songs very quickly and sing them all day long I even wake up at night with the tunes going through my head!We are "galloping the globe" and studying Asia currently I too have learned about so many of the countries through the songs They are catchy easy to learn and stick with the kids My youngest (who is 3) now knows all the continents and oceans and many of the countries in Asia thanks to these songs Initially I wasn't sure about spending the $20 for it - but it is DEFINITELY worth every penny we spent I have been so pleased with the results I've seen with our kids!
November 22, 2008
Jolanthe Erb
Rated 5 out of 5
When visiting the world exhibits at EPCOT in Disney World I casually asked the bored-looking Scandinavian guide if Hammerfest was the northern-most town in the world Her mouth fell open as she asked me how I knew that I knew that because my children and I listen to these fantastic (and very catchy) audio cds in the car all the time My kids sing the songs as they label their maps! I love it and so do they!
September 25, 2008
Janet Coile
Rated 5 out of 5
As a homeschool mom who must have missed geography as a child I have learned so much by listening to these catchy fun songs My kids are learning too!! Sometimes people will question our homeschooling choice but they are pleasantly surprised to hear our 4 yr old name all the countries of the former USSR This is a must for kids who are auditory learners!
June 15, 2007
sally mcatee
Rated 5 out of 5
We've had a great time learning about countries and continents of the world We listen to this CD in the car and go over the map at home It is easy and fun to learn about geography in song!
November 25, 2006
Kathleen Lindsey 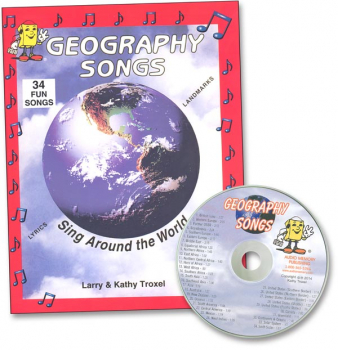