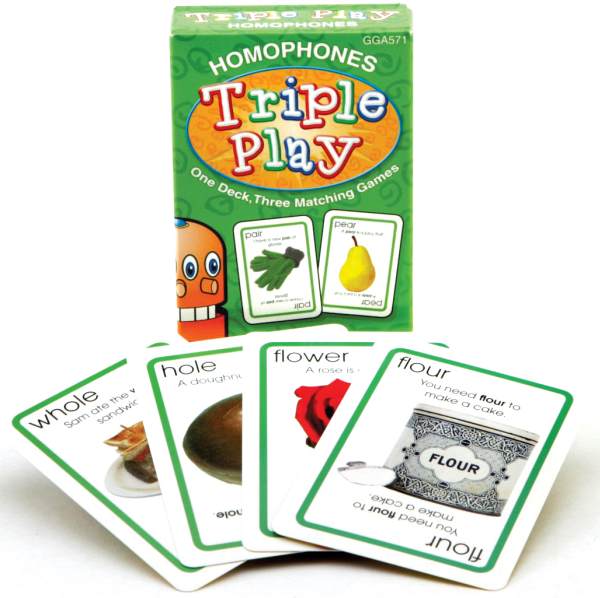 Three games in one deck that will help your child master beginning phonics skills! Each different card deck will help your child learn a different set of phonics skills, such as "letter sounds" which will promote basic phonics, or "colors and numbers" to teach common sight words. Each deck comes with instructions on how to play three different games that make learning easy and fun! In fact, your child will probably have so much fun that they won't even know they're learning! These games are designed to progress in difficulty, to prevent frustration and promote a steady progress of understanding the phonics skill they are currently learning. The first game is "Match Maker" and the goal is to allow matches to be made either by drawing from the draw pile or from other players' exposed rows of cards. The second game is "Memory", where you lay the cards face down and players take turns flipping two cards over to make a match until all matches have been successfully made. The third game is "Go Fish" and that is exactly what you do! All the cards only have one match, so you simply ask other players questions, such as, "Do you have a card that begins with the same beginning sound as eagle?" (This can get tricky, because the correct match to eagle is ear, not elephant or egg!) The "phonics" cards feature realistic photos of objects and animals that depict the word they are depicting. The "sight word" cards feature one card with realistic photos of the object or animal they are depicting, and the matching card has a simple sentence with the key word underlined to encourage early reading. The "letter recognition" deck features uppercase and lowercase letters boldly printed in correct form. Each deck features 52 game cards and detailed instructions are included. I'm pretty certain you will be amazed at how engaged your child will become in playing these simple, yet educational games! - elise

Primary Subject
English/Writing
Grade Start
PK
Grade End
2
EAN
794681005712
Format
Other
Brand Name
Gary Grimm & Associates
Weight
0.25 (lbs.)
Dimensions
2.5" x 3.5" x 0.75"
Powered by TurnTo
Questions that need answers | My Posts
Start typing your question and we'll check if it was already asked and answered. Learn More
Do not include HTML, links, references to other stores, pricing or contact info.
My question is about: 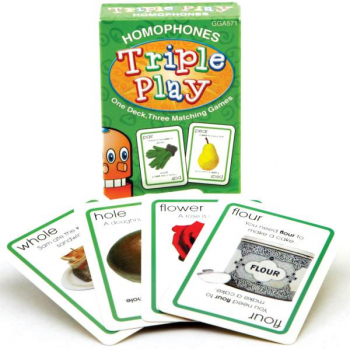