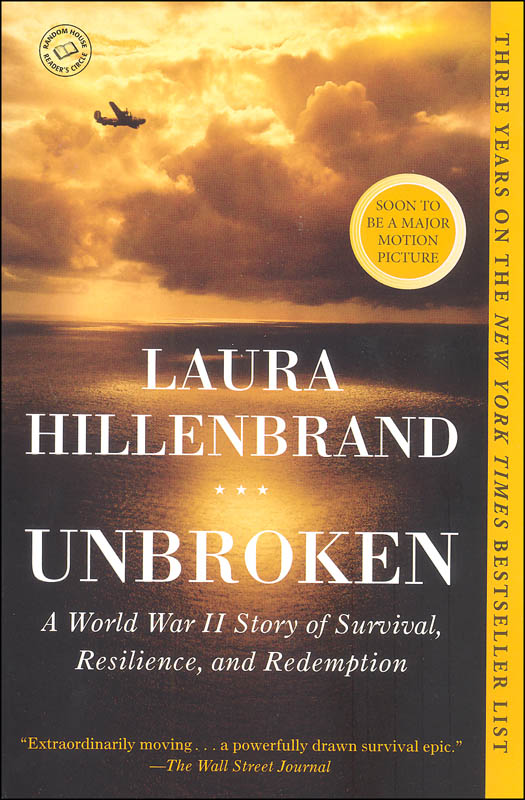 Viewed as individual fragments, each one of Louie Zamperini's feats would astound and inspire: Olympic runner, WWII POW survivor, philanthropist, 70-year old skateboarder, to name a few. Weaving these accolades with his driving determination to hope, endure, survive"and perhaps most importantly"forgive his captors, Louie's life defies description. Though he would say his encounter with Christ was his most notable, readers will be permanently altered by this man's whole life"proof that one person can indeed impact the world. Includes photos, an epilogue, copious notes and index, 8 pages of author interview and 23 higher-order discussion questions. A literature selection for Beautiful Feet's Modern US and World History. Parents may want to preview content or select one of our younger reader biographies of this man. 500 pgs, pb. ~ Ruth

In boyhood, Louis Zamperini was an incorrigible delinquent. As a teenager, he channeled his defiance into running, discovering a prodigious talent that had carried him to the Berlin Olympics. But when World War II began, the athlete became an airman, embarking on a journey that led to a doomed flight on a May afternoon in 1943. When his Army Air Forces bomber crashed into the Pacific Ocean, against all odds, Zamperini survived, adrift on a foundering life raft. Ahead of Zamperini lay thousands of miles of open ocean, leaping sharks, thirst and starvation, enemy aircraft, and, beyond, a trial even greater. Driven to the limits of endurance, Zamperini would answer desperation with ingenuity; suffering with hope, resolve, and humor; brutality with rebellion. His fate, whether triumph or tragedy, would be suspended on the fraying wire of his will.

Appearing in paperback for the first timewith twenty arresting new photos and an extensive Q&A with the authorUnbroken is an unforgettable testament to the resilience of the human mind, body, and spirit, brought vividly to life by Seabiscuit author Laura Hillenbrand. 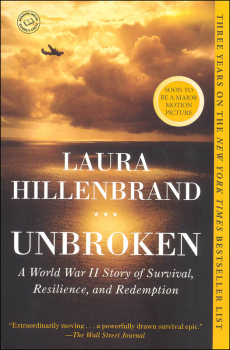