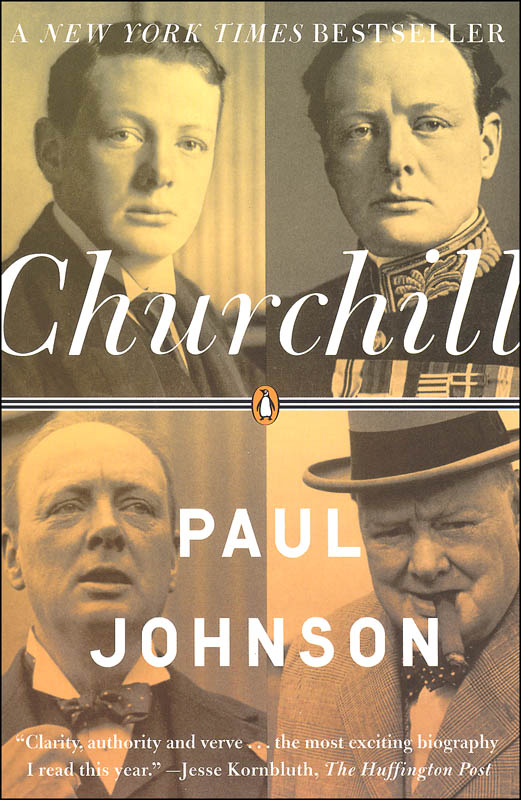 If you only have time to read one biography on the life of Sir Winston Churchill, this one would do nicely. Written by Paul Johnson, this scholarly work explores Churchill's life from youth till his death at age 90. The author portrays Churchill as a complex and sometimes conflicted man living in very challenging times. One thing is for certain, readers will come away from this book with a clear understanding of the immense impact that this leader and statesman had--not only on England--but also on the entire world for nearly a century. This biography contains a few black & white photographs and rather small print. A standard resource for the Beautiful Feet Books Modern US & World high school curriculum plan. 170 pgs, pb. ~ Mike

In Churchill, eminent historian Paul Johnson offers a lively, succinct exploration of one of the most complex and fascinating personalities in history. Winston Churchill's hold on contemporary readers has never slackened, and Johnsons analysis casts new light on his extraordinary life and times. Johnson illuminates the various phases of Churchill's careerfrom his adventures as a young cavalry officer in the service of the empire to his role as an elder statesman prophesying the advent of the Cold Warand shows how Churchill's immense adaptability and innate pugnacity made him a formidable leader for the better part of a century. Johnson's narration of Churchill's many triumphs and setbacks, rich with anecdote and quotation, illustrates the man's humor, resilience, courage, and eccentricity as no other biography before, and is sure to appeal to historians and general nonfiction readers alike. 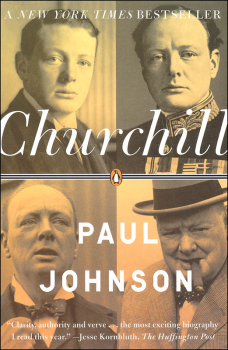