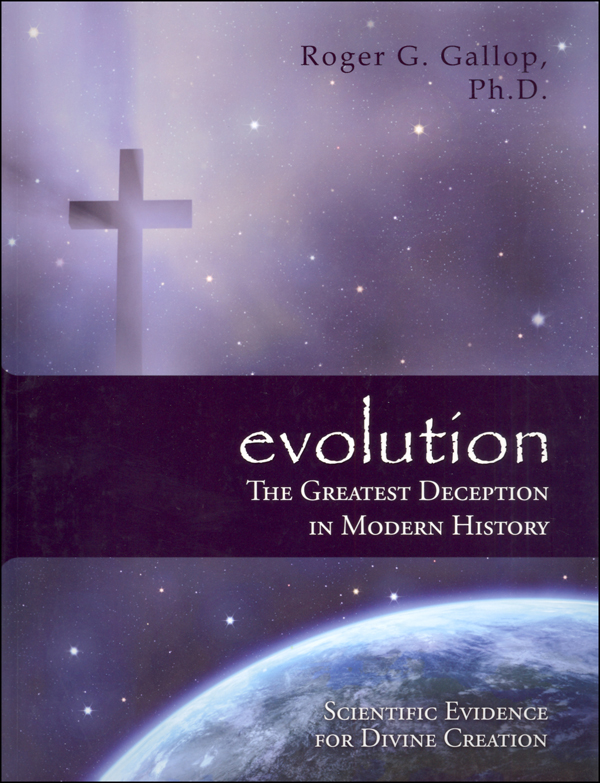 The battle still rages between evolution and creation, but Dr. Roger Gallop reveals in this book how the evidence supports creation and there is no evidence to support evolution. Although the theory of evolution leaves many unanswered questions and gaps, it is still widely accepted and taught as fact in public school classrooms and in educational media. Dr. Gallop reveals the fact that there is no known scientific law or evidence to support the theory of evolution; rather it is based on poor science.

This full-size, 8 ½"x 11" book includes over 260 pages of scientific research and information and their correlation to the creation of the earth. Don't be fearful of the size of this book; the content is presented in an accessible fashion and includes helpful pictures, illustrations, graphs, and maps. Dr. Gallop presents the argument of creation vs. evolution, then proceeds to present physical scientific evidence for creation, biological scientific evidence, catastrophic phenomena in geology, geomorphic features of a worldwide flood, sedimentary features, fossil dating, radioisotope dating, and the Biblical account of Noah's Flood. Appendices at the back offer a glossary for all of the new vocabulary you will encounter as well as other helpful resources. Don't be deceived by television, museums, or textbooks. Get the facts and find out what science has to say on the debate of Creation vs. evolution. ~ Donna

Please see our Bible - Apologetics section for the Answer Books and other terrific resources that tackle the big questions of Creation, evolution, God's existence and proof for the Bible. 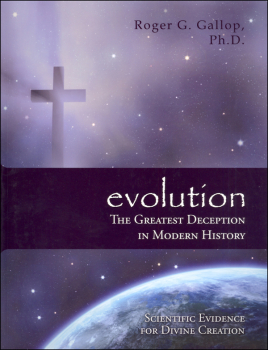