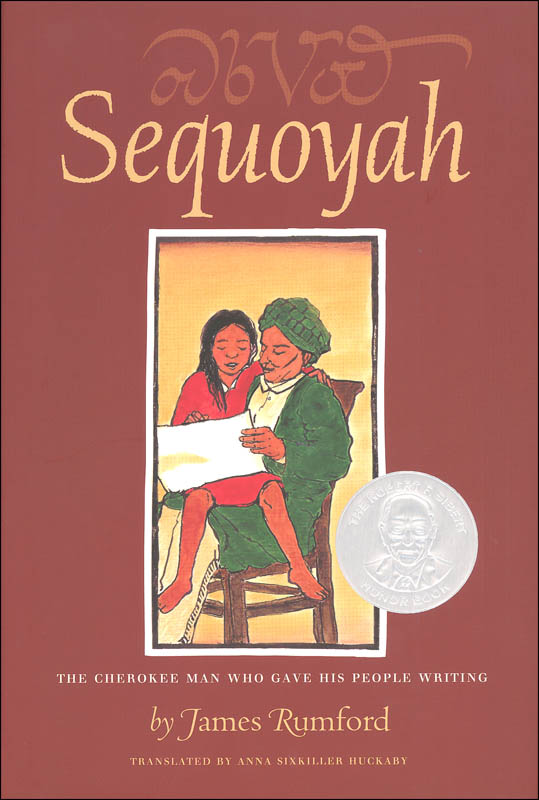 Sequoyah: The Cherokee Man Who Gave His People Writing

Subtitled, The Cherokee Man Who Gave His People Writing. This lovely, oversized book is a winner of several awards: A Robert F. Sibert Honor, ALA Notable, School Library Journal Best Book of the Year, etc. This non-rhyme poem tells the story of Sequoyah and his creation of a writing system for the Cherokee. Illiterate himself, he faced additional challenges and opposition in order to bring his people's language to a written form. On the left of each two-page spread, you'll see majestic and strong full-color illustrations. On the right is the free verse poem written in English and then in Cherokee. At the end of the book is the full syllabary Sequoyah created with its corresponding sounds and a timeline of his life's key events. 7 1/2" x 11", 32 pp, hc. ~ Ruth

The story of Sequoyah is the tale of an ordinary man with an extraordinary ideato create a writing system for the Cherokee Indians and turn his people into a nation of readers and writers. The task he set for himself was daunting. Sequoyah knew no English and had no idea how to capture speech on paper. But slowly and painstakingly, ignoring the hoots and jibes of his neighbors and friends, he worked out a system that surprised the Cherokee Nationand the world of the 1820swith its beauty and simplicity. James Rumfords Sequoyah is a poem to celebrate literacy, a song of a peoples struggle to stand tall and proud. 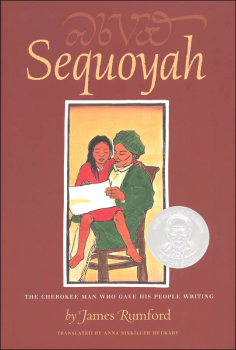