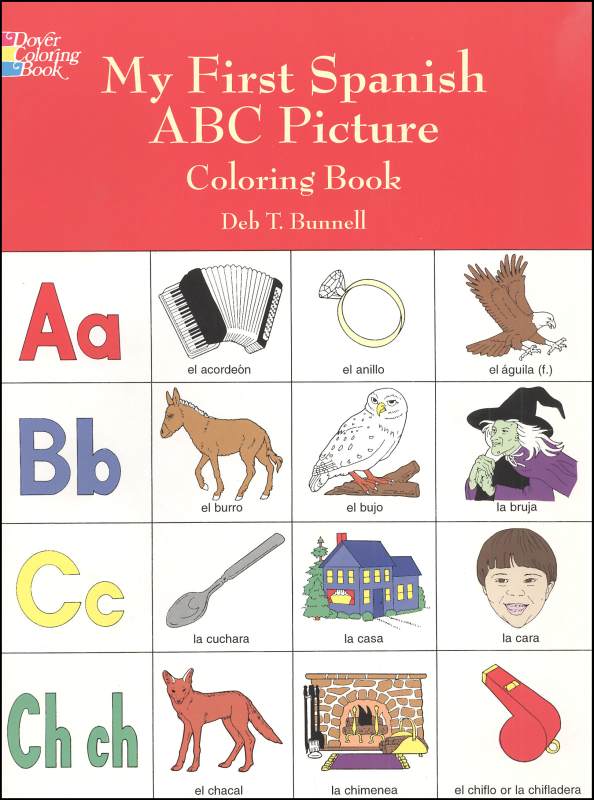 The 28 letters of the Spanish alphabet and over 250 common Spanish words are presented in coloring spreads to help children learn their Spanish ABC's. "A" is accompanied by 11 easy-to-recognize pictures of such things as el ngel (angel), el rbol (tree), and la ardilla (squirrel); the letter "B" includes 11 pictures such as el brazo (arm) and la boca (mouth); "T" shows el tren (train), el toro (bull), la taza (cup), and el tenedor (fork), among others. An effective reinforcement for beginning Spanish instruction, or for your older Spanish student to help fix these words in memory. 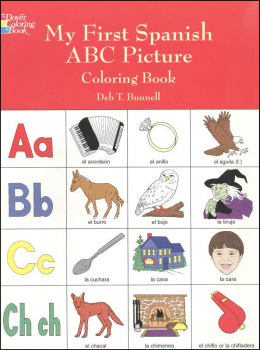