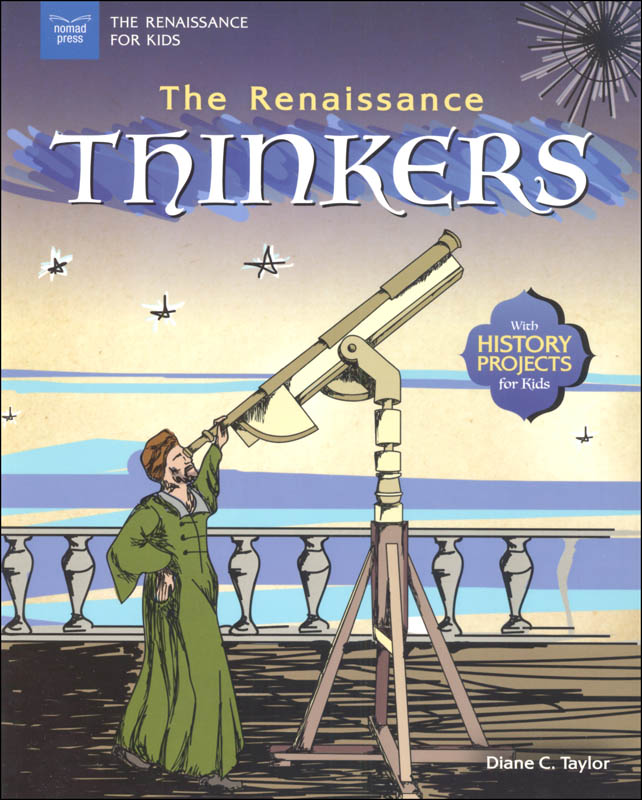 The Renaissance Thinkers with History Projects for Kids introduces readers ages 10 through 15 to the biographies of five of the most influential scientists and philosophers of the Renaissance era, including Filippo Brunelleschi, Machiavelli, Copernicus, Thomas More, and Francis Bacon. All of these men made huge leaps in philosophical and scientific thought and introduced concepts to the world that have resonated for centuries!

In The Renaissance Thinkers, kids learn how the Italian goldsmith Filippo Brunelleschi solved the decades-old architectural problem of the Florence Cathedral dome and introduced artists to the concept of linear perspective. They meet Machiavelli, the Italian statesman whose book, The Prince, described Renaissance politics as they truly existed and whose name became synonymous with political manipulation. Readers explore the nature of the solar system with Copernicus, and experience the life and death struggles of Thomas More, one of the Renaissance era’s greatest legal minds and also one of the world’s first writers of science fiction. Plus, they’ll meet Francis Bacon, who developed and promoted the scientific method that still guides scientific inquiry to this day.

Using an inquiry-based approach to learning, each chapter of The Renaissance Thinkers includes hands-on activities and open-ended assignments that challenge young readers to engage in scientific experiments of their own that incorporate the scientific method and the engineering design process. Kids learn to think critically and creatively about the political and social forces at work in their own lives. They will build arches, draw with linear perspective, argue the points of a legal case, create their own Utopias, and engage in philosophical debates. Fun facts, primary source illustrations, and links to online resources spark an interest in the Renaissance. Even without a time machine, learners can experience the Renaissance!

Category Description for Renaissance for Kids:

Become a real Renaissance Man (or Woman) and study the defining names of the era! Each book takes five of the most influential names from the Renaissance period and explores each one through a few of their greatest contributions. What did the person behind the term “Machievellianism” do to get such a nasty reputation? Just how was the Cathedral of Santa Maria Del Fiore finally completed? Who were the rebellious personalities behind the “modern” art of the Renaissance who shook the world? Find out in the pages of this series. These books read much like some history texts for readers of the grade group in the title, and include reflection questions as well as projects to complete. Each chapter gives a brief overview of the subject’s beginnings and influences, and then delves into the opportunities/challenges they pursued or the problems of the time that led them to create their greatest works. Finally, it also discusses the lasting impact of those works. Chapters also contain plenty of visuals, including paintings, statues, and sketches from the time period as well as photographs of locations. Although there are no tests, the informational value along with the projects is meaty enough for a stand-alone history unit for those who want to study the period more personally. Note: some pictures within are paintings/statues of nudes. 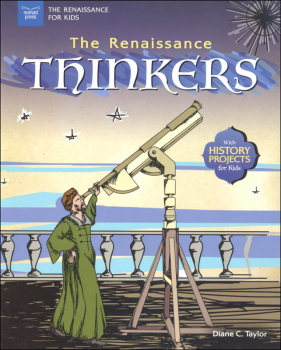