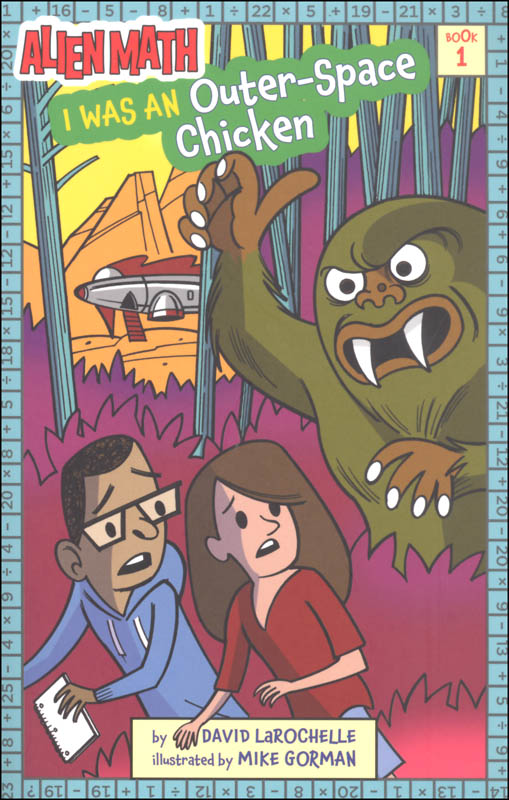 I Was an Outer-Space Chicken Book 1 (Alien Math)

Math meets sci-fi in this clever chapter book about two numbers-loving friends and their alien adventures. The first in a new series!

Best friends Lamar and Lexie love math—and, in this first book in the Alien Math series, their skills come in handy when they're abducted by an extraterrestrial named Fooz. Fooz, unfamiliar with Earth life, mistakes the children for chickens . . . until Lamar and Lexie prove they're human by solving a tricky math problem. Fooz agrees to take them home, but on a side trip to a nearby planet to refuel, the two are captured by lumfurs, creatures that resemble Bigfoot. In order to escape and return to Fooz's ship and subsequently Earth, Lamar and Lexie must solve problems that require finding patterns, making estimates, and deciphering codes. Can the children pass the test and get home again?

Join Lexie and Lamar as they use math skills to decipher and escape alien abductions. They were living an average day, passing a soccer ball while they rehearsed math problems for their math All-Stars team tournament, when they suddenly find themselves face-to-face with a purple, furry, six-legged creature. Lexie and Lamar were misidentified as chickens by the purple alien and taken to another planet. The planet they are taken to seems to revolve around number patterns and equations – nearly a dream destination for the pair; that is, until they realize their purpose for abduction was to be fed to aliens for dinner. They must use their quick calculation skills to escape the planet once and for all, ensuring their survival.

Lexie and Lamar often reference math problem solving and number usage throughout this series. Great for those who either love math, or are trying to get a better grasp of it. The reader can find themselves trying to solve problems right along with this intellectual duo. Each book is about 100 pages, pb. ~ Brianna 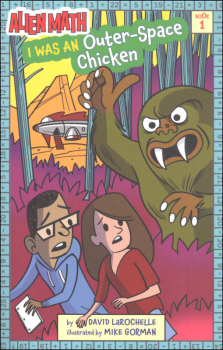