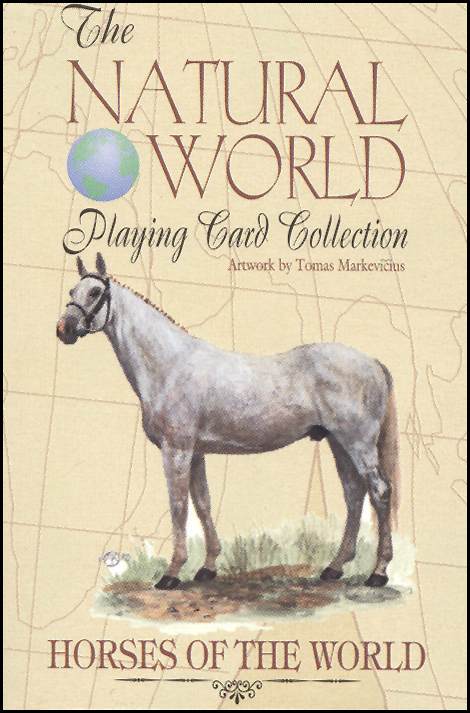 Horses of the World Playing Cards

These unique decks include the standard 54 playing cards with the basic suits and two jokers each. The distinctive thing about these packs is that, while the suits are still shown in the corners, the middle of each card displays a full-color illustration of an animal or plant that fits into the featured category of deck. The name of the animal or plant is written in bold beneath the illustration. Pictures are never repeated, so while using each deck, players will learn the names and descriptions of 54 different animals or plants that can be found around the world. The backs of the cards are also themed (though obviously the same for the entire deck) with beautiful, colorful illustrations of the themed topic. Examples of the cards from a few of the decks include the Desert Tarantula and the Bumblebee in the Insects deck and the French Trotter and Rocky Mountain Pony in the Horses deck. These are great decks for all your card-playing needs. ~ Rachel

Powered by TurnTo
Review More Purchases | My Posts
5.0 / 5.0
1 Review
5 Stars
4 Stars
3 Stars
2 Stars
1 Star
1
0
0
0
0
Beautiful playing cards
The pictures are clear and artistic in quality. The cards include almost every breed of horse in the world. Nice addition to the History of the Horse curriculum.
October 13, 2016
Maribwel R
Purchased
over 4 years ago 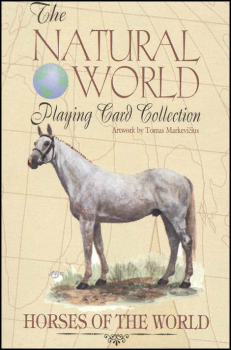