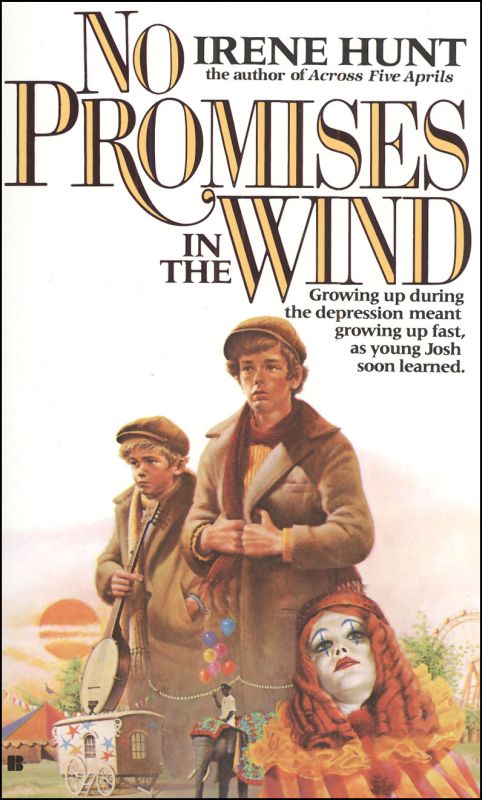 No Promises in the Wind (Hunt)

Fifteen year old Josh is facing trials that seem far removed from our time, but were very real to many people during the Great Depression. He has a deep love for music and is very talented, and he and his friend Howie find an escape when they play together. However, they only get to practice some days after school, for times are hard and Josh's family was forced to sell their piano to pay for food and other necessities. After Josh's father loses his job, his depression turns to anger, which he often directs at Josh. Between his mother ironing clothes all day and Josh delivering papers for three hours every morning, the family has barely enough to keep themselves fed. After an especially hurtful fight, Josh decides to leave home, and he and Howie quickly form a plan to travel around as musicians. Josh's fragile ten-year old brother, Joey, hears of their plans, and he is determined to accompany them, despite Josh's firm objections. An unforeseen tragedy strikes the trio, and their lives are changed forever. This hardship sparks a deeply moving trail of tears, shame, guilt, sickness, responsibility, and struggle to survive. 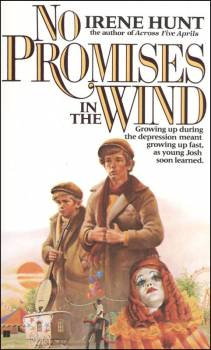