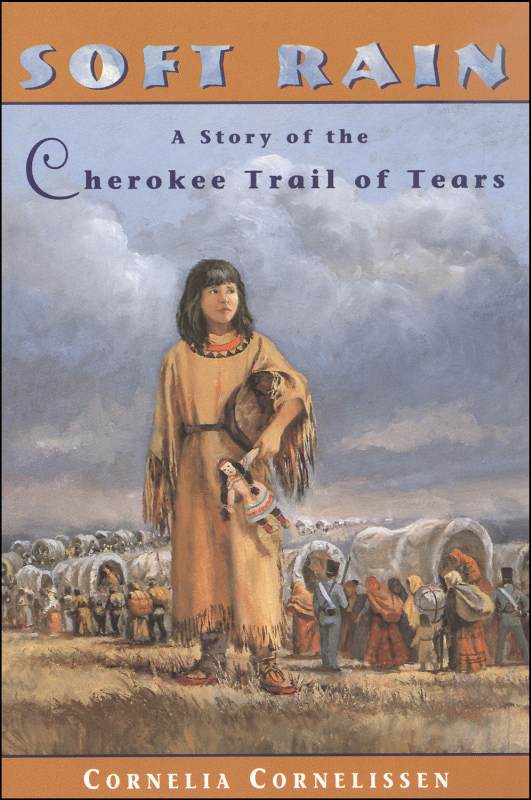 Soft Rain: A Story of the Cherokee Trail of Tears

One day Soft Rain's teacher shares some sad news with the class - there will be no more school. The teacher explains about the treaty signed with the white people which says that the Cherokee must leave their land and go to the land set apart for them in the West. Those who do not go on their own will be forced from their homes. Soft Rain is angry and doesn't understand. This story tells the tale of the hardships she and her people endured on the long, dangerous journey. 115 pgs.

It all begins when Soft Rain’s teacher reads a letter stating that as of May 23, 1838, all Cherokee people are to leave their land and move to what many Cherokees called “the land of darkness”. . .the west. Soft Rain is confident that her family will not have to move, because they have just planted corn for the next harvest but soon thereafter, soldiers arrive to take nine-year-old, Soft Rain, and her mother to walk the Trail of Tears, leaving the rest of her family behind.

Because Soft Rain knows some of the white man’s language, she soon learns that they must travel across rivers, valleys, and mountains. On the journey, she is forced to eat the white man’s food and sees many of her people die. Her courage and hope are restored when she is reunited with her father, a leader on the Trail, chosen to bring her people safely to their new land. 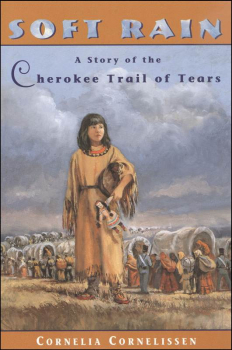