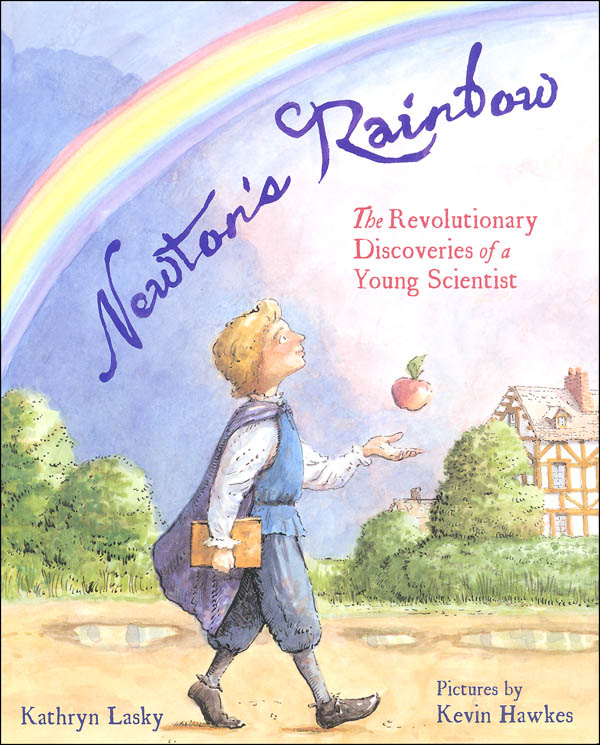 Newton’s Rainbow: Revolutionary Discoveries of a Young Scientist is a fascinating biography of Isaac Newton, written in a way that is interesting and engaging to children and beautifully illustrated with watercolor pictures. It explores his difficult childhood, his inquisitive and clever mind, the historic events of his life, and his groundbreaking discoveries in the world of science. This book is by the same award-winning author and illustrator of The Librarian Who Measured the Earth. 48 pgs, hc. ~ Rachel E.

Famed for his supposed encounter with a falling apple that inspired his theory of gravity, Isaac Newton (1642 - 1727) grew from a quiet and curious boy into one of the most influential scientists of all time. Newton's Rainbow tells the story of young Isaac"always reading, questioning, observing, and inventing"and how he eventually made his way to Cambridge University, where he studied the work of earlier scientists and began building on their accomplishments. This colorful picture book biography celebrates Newton's discoveries that illuminated the mysteries of gravity, motion, and even rainbows, discoveries that gave mankind a new understanding of the natural world, discoveries that changed science forever. 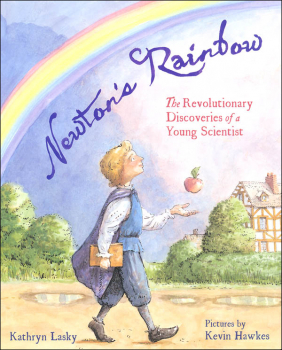