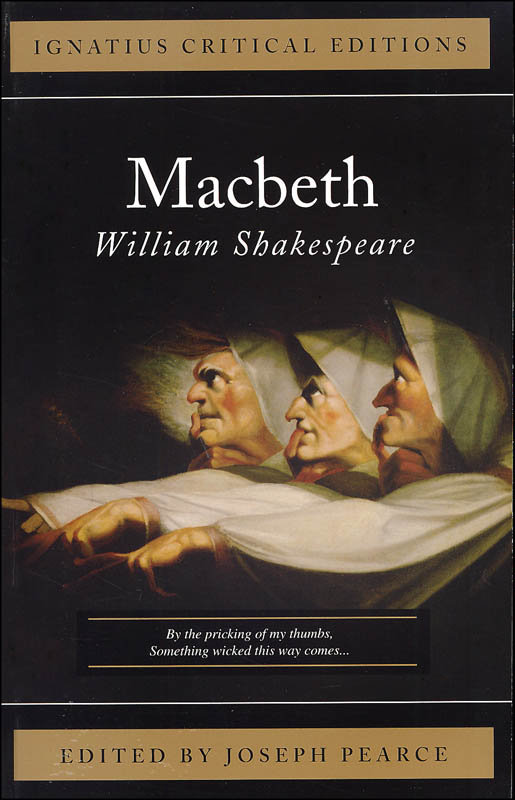 Ignatius editions are abridged. You will find commentary on the history of the era from a very conservative, traditional lens. In this case, commentary is rather anti-Roman Catholic when reading about the possible inspiration for the tale. While this does reflect the era, it is something to note. Also, regarding the last chapter, this edition follows the Alexander Text. Narrative comments regarding the philosophy of the characters behavior are firmly “traditional”. This is a short play, so there is quite a bit of commentary in the book itself. This is a dark play full of witches, blood, temptation, and murder – the commentary really dives deeply into these areas. ~Sara

Arguably the darkest of all Shakespeare's plays, Macbeth is also one of the most challenging. Is it a work of nihilistic despair, "a tale told by an idiot, full of sound and fury, signifying nothing, or is it a cautionary tale warning of the dangers of Machiavellianism and relativism? Does it lead to hell and hopelessness, or does it point to a light beyond the darkness? This critical edition of Shakespeare's classic psychological drama contains essays by some of today's leading critics, exploring Macbeth as a morality play, as a history play with contemporary relevance, and as a drama that shows a vision of evil and that grapples with the problem of free will.

This Shakespearean tragedy tells the tale of Macbeth's ascension to the Scottish throne following a series of prophecies made by a group of witches. Filled with deceit, treachery, and murder, this dark drama captures Macbeth's transformation from a man of honor and integrity to a man destroyed by his greed and treachery. Set in 1000 A.D. Scotland. ~ Enh 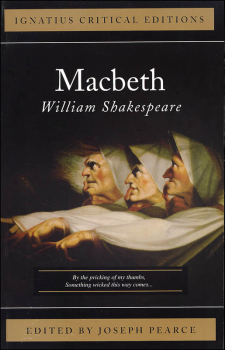