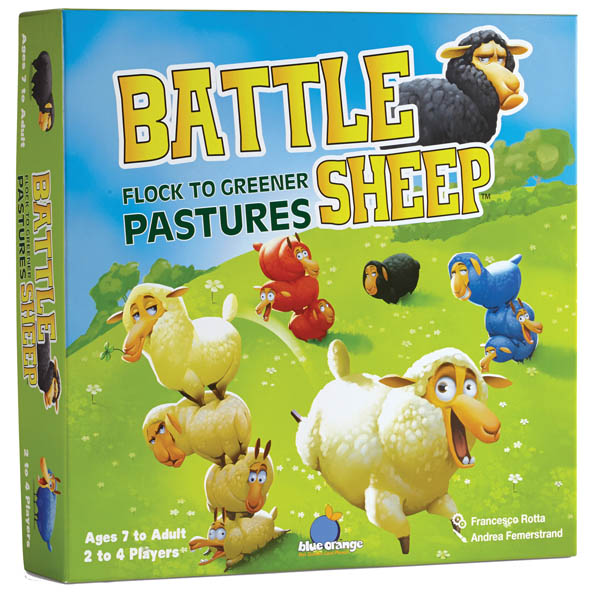 Contrary to the familiar name, this is not a game where players blindly aim missiles at each other's sheep in hidden pastures. It IS a game where sheep strategically plot paths in a communal pasture to occupy as much space as possible! Players begin by choosing one of the four stacks of sheep chips, each showing a different animated sheep. Then assemble the honeycomb-shaped pasture segments in any configuration that you like. Players start their stack of sheep on one side of the pasture, and then take turns "splitting" the stack or moving their stack in straight lines, dropping one sheep token on every hexagonal space. You can't jump over your own or other players' sheep, so the board gets a little more crowded every turn! Simple to learn, but tricky to master, there's a lot to watch here as you plan your next move. Who will be the next king of the pasture? For 2-4 players. - Jess

Powered by TurnTo
Review More Purchases | My Posts
5.0 / 5.0
2 Reviews
5 Stars
4 Stars
3 Stars
2 Stars
1 Star
2
0
0
0
0
Rated 5 out of 5
Super fun and spans a broad range of ages
My family loves this game. The concept is pretty easy to grasp but still it's engaging for everyone (elementary student thru adult), and the sheep illustrations are cute and funny. I'd never heard of this game and I feel like it's a real find.
December 9, 2020
Lindy
Rated 5 out of 5
Simple Concept, Challenging Game
This is a very cute themed strategy game that my husband and I can play together with our 7 & 8 year olds. It is easy to teach the rules, but takes several tries before really getting the hang of the strategy. A two-player game is over in about 10 minutes, while a 4 player game takes about 20. We own a lot of more complicated games that take a long time to play, so having a short play game like this one in the collection is great!
December 31, 2015
Karen L
Purchased
over 7 years ago 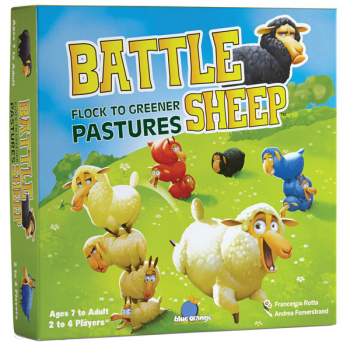