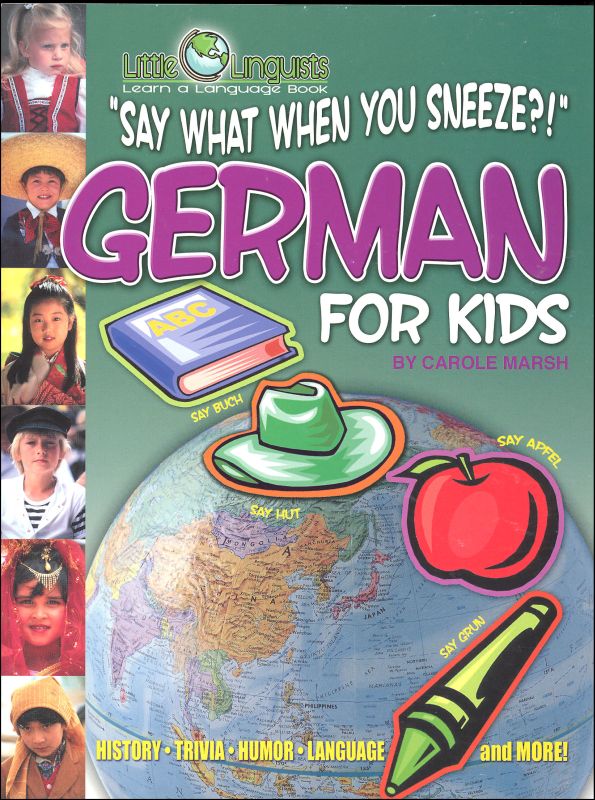 Powered by TurnTo
Review More Purchases | My Posts
5.0 / 5.0
1 Review
5 Stars
4 Stars
3 Stars
2 Stars
1 Star
1
0
0
0
0
Rated 5 out of 5
This was an inexpensive purchase and I guess I shouldn't have expected too much but this book is certainly not going to teach my children how to speak German It contains much about the History of Germany and its customs but the text is in English with certain words replaced with German words And that's it They can learn some vocabulary but no sentence structures etc Still I will be using it to supplement our German lessons
June 26, 2008
Angela Pope 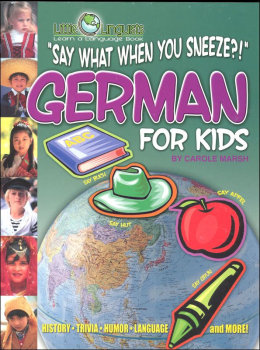