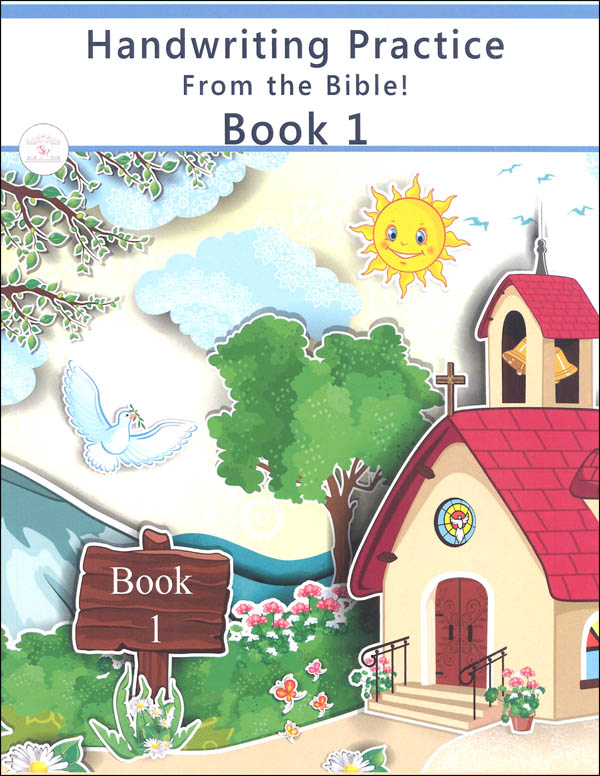 Manuscript Handwriting Practice Book 1 has 78 pages and is divided into four sections: letters, words, numbers, and scripture. The first section presents the letters (both upper and lower case) of the alphabet in ABC order - a line of Aa and a blank line on which to practice, a line of Bb and a blank line on which to practice, etc. This section goes through the alphabet two times with the instructions to trace the letters neatly, then copy the letters. The second section is the longest. Each page has a Bible verse at the top, and students are asked to trace the given letters and words, then write them neatly on the lines provided; there is one line of writing practice for each line to be traced. A letter review is found at the end of this section. The third section is number practice. Again, one line of a number to be traced and a second line is provided for practice. The first time through, the numbers has wider line spacing (5/8"). The second time through, the numbers are on 3/8" spaced lines - both with a dotted midline. The fourth section is for writing a few scripture verses - the student spends three days tracing and practicing a few words from the verse and the fourth day they copy the scripture. There are only four scripture verses that will be copied in their entirety with 3/8" line spacing.

Handwriting Practice: From the Bible! Book 1 teaches students to write letters and numbers and guides them in writing Biblical words and short passages of Scripture. Frequently when the word Eden is used is literature, the author is making a Biblical allusion to the Garden of Eden. The same is true for many common Biblical terms. The benefit of using some of these terms as handwriting models is that students learn that the word being studied has literary meaning.

Category Description for Handwriting Practice from the Bible!:

We get occasional requests for Bible-based handwriting program - this is a nice addition to our offerings. Using scripture from the King James Version of the Bible, students will practice letters, words, numbers, and the actual verses using a more traditional style. The manuscript and cursive editions include three levels - identical content but the samples and practice are in one type or the other. In the front of each book is an alphabetical listing (by the first word used in each verse) of the scripture verses implemented. Older students will complete one letter or page in one to two days; younger children may take up to a week to complete the same.

If you want to add a fifth day of practice, you could have your older students keep a scripture notebook in which they would write out the verse for that week. This would give them practice using regular paper with no midlines. I know this is recommended for the younger grades, but could serve as good practice and copywork for the middle school grades. ~ Donna 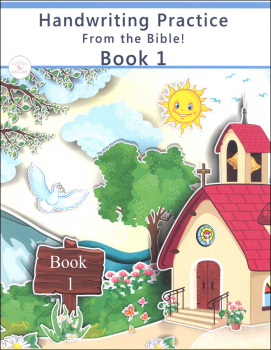