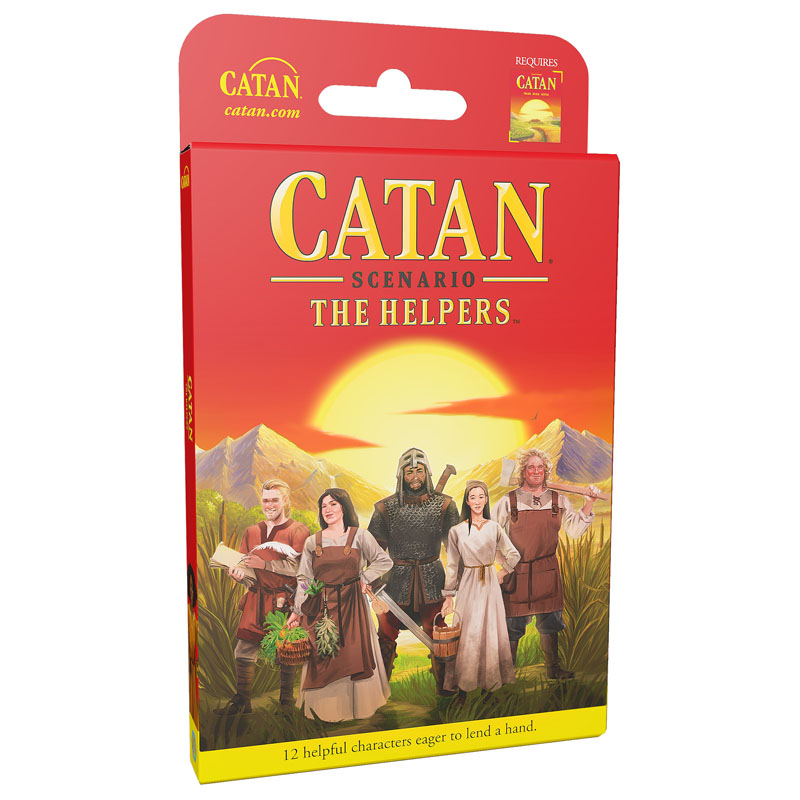 Have you ever had a game of Catan where the robber has simply refused to move from one of your most important resources? Ever built a road that led to nothingness, because an opponent built in a location first? Perhaps you needed a resource card that another player had, but who refused to trade it. Well, with Helpers of Catan, you can allay these concerns should you choose to add them into either the base game or Seafarers. Each of these helpers provides a special, minor bonus akin to the examples described above. Jean, for example, can mimic a 2:1 trade port for a turn. These helper cards provide a new layer of challenge to the game, but beware- your opponents will be using them for their own gain!

Meet your new best friends on the island of Catan! These 12 helpful new characters generously share their skills and expertise to help you develop your fledgling communities into thriving cities. Whether it's protection from rolling a 7, moving a road, or chasing away the robber, The Helpers are always ready to lend a hand.

This reboot of The Helpers of Catan features the same player powers with all-new characters plus two new abilities, beautifully illustrated with fresh and vibrant new art.

If you play Catan regularly, these add-on scenarios are a great way to change up the original game a little bit for just a few dollars! 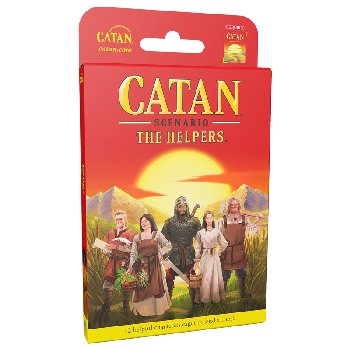