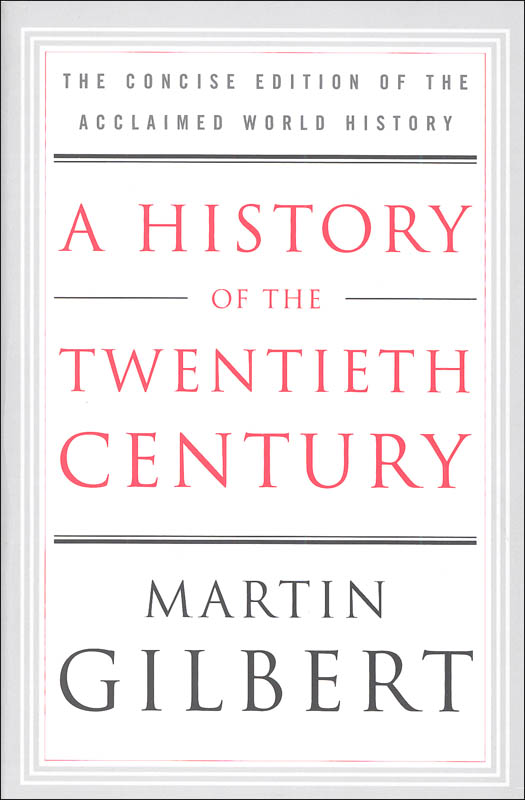 History of the Twentieth Century: Concise Edition of the Acclaimed World History

Looking for a manageable, in-depth discussion of the 20th century? This volume is a condensed version of a 3-volume set by Martin Gilbert. Chronologically, the analysis works through the century's major events and challenges. Gilbert focuses on explaining the occurrences, from intricacies to major events, in a fairly un-biased manor. To enhance your study, brief sections of black and white period photos, 26 pages of detailed maps, and a major 76-page index are included. This book could serve as a solid spine for an in-depth high school study of this century and is recommended by Beautiful Feet. 6x9", 783 pp, sc. ~ Ruth

Martin Gilbert, author of the multivolume biography of Winston Churchill and other brilliant works of history, chronicles world events year by year, from the dawn of aviation to the flourishing technology age, taking us through World War I to the inauguration of Franklin Roosevelt as president of the United States and Hider as chancellor of Germany. He continues on to document wars in South Africa, China, Ethiopia, Spain, Korea, Vietnam, and Bosnia, as well as apartheid, the arms race, the moon landing, and the beginnings of the computer age, while interspersing the influence of art, literature, music, and religion throughout this vivid work.

A rich, textured look at war, celebration, suffering, life, death, and renewal in the century gone by, this volume is nothing less than extraordinary. 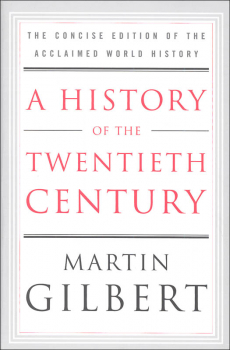