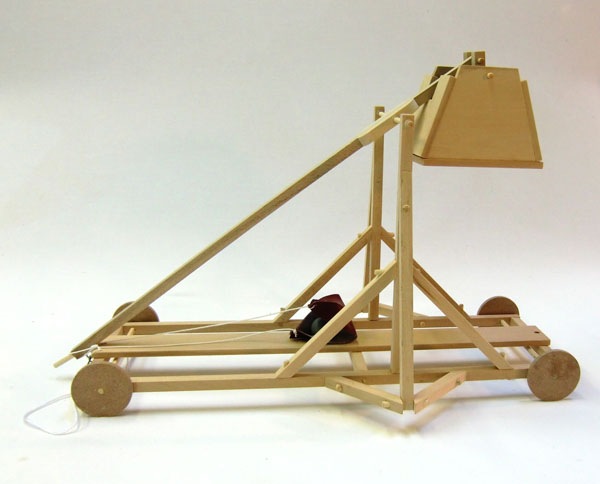 Primary Subject
History/Geography
Grade Start
4
Grade End
AD
EAN
094922617163
Format
Other
Brand Name
Pathfinders Design + Technology
Weight
1.25 (lbs.)
Dimensions
4.62" x 20.25" x 2.75"
Powered by TurnTo
Questions that need answers | My Posts
Start typing your question and we'll check if it was already asked and answered. Learn More
Do not include HTML, links, references to other stores, pricing or contact info.
My question is about:

Powered by TurnTo
Review More Purchases | My Posts
4.5 / 5.0
4 Reviews
5 Stars
4 Stars
3 Stars
2 Stars
1 Star
2
2
0
0
0
Rated 5 out of 5
Fun Kit
This kit was easy to essemble and holds up nicely. We loved using it as part of our Middle Ages unit.
October 18, 2021
Beth N
Purchased
over 2 years ago
Rated 4 out of 5
excellent for engineering investigation
Easy to build and operate. Best buy for the price. Don't load it up with more than 3 lbs though. Best results from throwing object slightly smaller than a golf ball, (clay provided). I had 80 engineers work with these for their intro project and only 1 throwing axel broke.
November 12, 2020
Barbara. M
Purchased
over 2 years ago
Rated 4 out of 5
Junior high students had a great time building this! The only negative is some dowels need to be cut in short sections, for which they say to use scissors. Scissors just do not do the job well. We did this as a class project, and I had to take home the dowels to cut them. It was too difficult and time-consuming for the students to do.
May 15, 2017
Kimberly W
Purchased
over 5 years ago
Rated 5 out of 5
Nice!
Bought for a project for our 6 year old and Dad to put together. Our 12 year old son joined the crew and they all really enjoyed the project. They have really enjoyed launching all sorts of things too! Asked our 6 year old what he thinks of it weeks after it has been built and he says "It's nice!!" With large happy eyes :)
March 13, 2017
brian m
Purchased
over 6 years ago 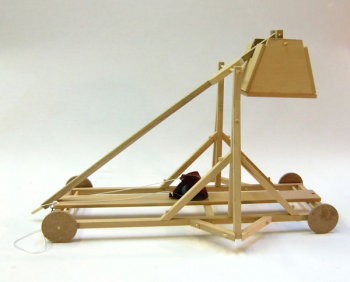