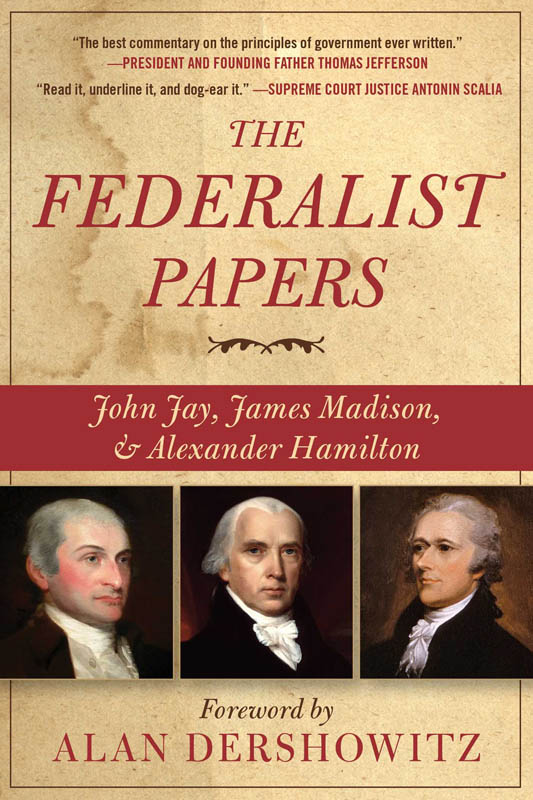 Tackling a U.S. Government course? Studying American/U.S. History? In need or want some additional U.S. Constitutional readings? Take some time reading and interpreting the Federalist Papers for yourself. The introduction to this text is well-written and answers the question, why read the Federalist Papers? While the U.S. Judiciary system interprets the Constitution for the sake of law, the Federalist Papers help in that interpretation. Broken into 8 sections addressing the main themes each paper acknowledges, readers begin to see how these papers were used to ratify the Constitution. Adding this read to any high school government or U.S. history course will awaken readers to engage their critical thinking and dive deeper into the Constitution and our nation’s history. The text also includes a number of footnotes for reference and clarification. 519 pgs, pb. ~Rebecca

Now introduced by eminent civil libertarian, constitutional scholar, and New York Times bestselling author Alan Dershowitz, The Federalist Papers are a must-have for all scholars of history and government and all Americans.

Widely considered to be among the most important historical collections of all time, The Federalist Papers were intended to persuade New York at-large delegates to the Constitutional Convention to accept the newly drafted Constitution in 1787. Authored in parts by Hamilton, Madison, and Jay, together as the pseudonym of Publius, the documents have been referred to and heavily cited countless times in all aspects of American government and politics. Together, the eighty-five Federalist essays stand among the Constitution of the United States, the Declaration of Independence, Common Sense, and other work by the Founding Fathers that helped build and solidify the foundation of American democracy.

With its rich history and a new introduction from Alan Dershowitz, one of the most prominent legal minds in the country, The Federalist Papers will educate you on the groundwork that shaped the greatest country in the world.

Category Description for Declaration of Independence / Constitution:
Primary Subject
History/Geography
Grade
AD
ISBN
9781631585272
Format
Paperback
Brand Name
Racehorse
Weight
1.15 (lbs.)
Dimensions
8.25" x 5.62" x 1.0"
Powered by TurnTo
Questions that need answers | My Posts
Start typing your question and we'll check if it was already asked and answered. Learn More
Do not include HTML, links, references to other stores, pricing or contact info.
My question is about: 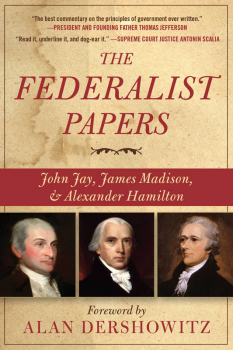