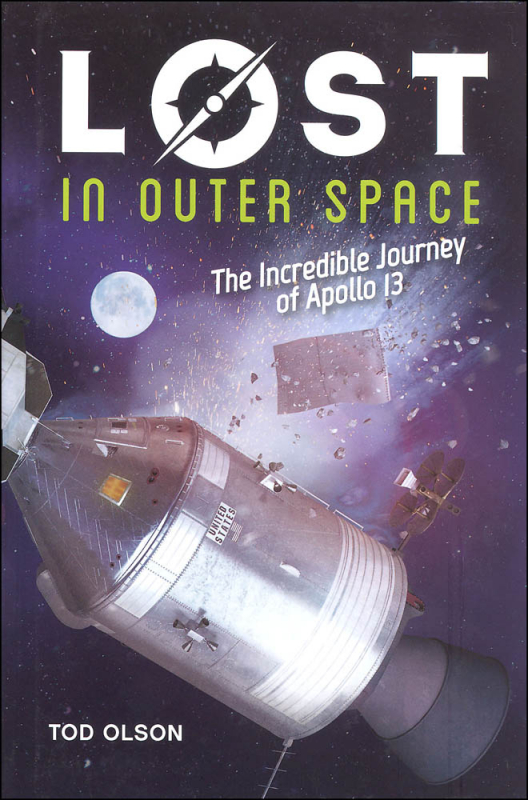 This book recounts the true story of Apollo 13, a NASA mission to the moon that went wrong. Would NASA be able to rescue the three astronauts lost hurtling away from Earth? Will the astronauts’ families ever see them again? 214 pgs, hc.

This exciting second book in the Lost series tells the incredible true story of the doomed Apollo 13 moon mission that nearly ended in disaster.

On April 11, 1970, the Apollo 13 space shuttle set off for the third intended American moon landing. Two days later and 200,000 miles from Earth, disaster struck when an oxygen tank exploded on board the spacecraft, leaving three astronauts with only one goal: to make it home alive. From "Houston, we've had a problem" to the final tense moments at Mission Control, Lost in Outer Space takes readers along on the unbelievable journey of Apollo 13 and inside the minds of its famous and heroic astronauts, including legendary Commander Jim Lovell.

Complete with photographs of the crew and diagrams of the spacecraft, this is an up close and personal look at one of the most thrilling survival stories of all time.

Category Description for Lost in... Series:

This series by Tod Olson recounts harrowing true stories of disaster, danger, and the fight to survive. Each book is filled with historic black and white photographs that capture the real-life faces and locations of these exciting stories. The books also include diagrams, maps, a glossary, and a note from the author. Each story has been thoroughly researched and retold in a captivating way that makes you feel like you’re in the action. ~Rachel E. 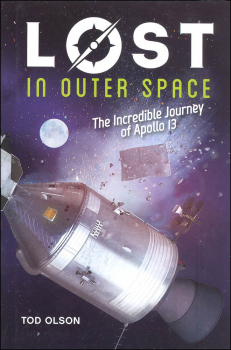