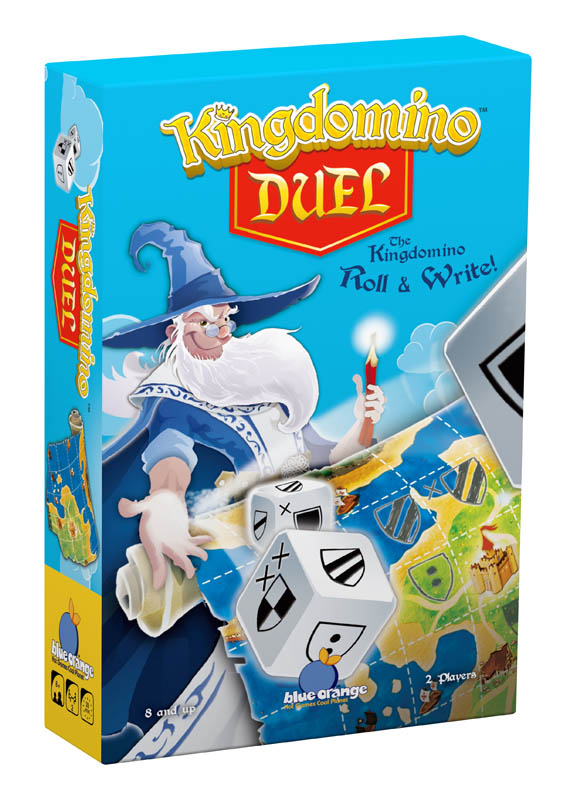 All the flavor of Kingdomino™ in a 2-player dice-based game. In this independent version you roll four dice and choose two to combine into a "domino which you draw into your kingdom.

Roll the dice, choose the ones you want, and put them together in pairs to create your dominoes. Domino by domino, fill in your map while entrusting the territories of your kingdom to loyal dignitaries. Gather favors from wizards in order to cast powerful spells which will allow you to rule without having to share. Kingdomino Duel is a completely independent game which preserves the essence of the acclaimed original Kingdomino. In this game, instead of adding dominoes to your kingdom, you will choose two dice to combine into a single domino which must then be drawn into your kingdom.

This clever domino-style tile game is fantastic for families! Each piece is a numbered tile with each half representing a combination of grassland, wheat, forest, sea, or mountain. In each round, tiles are drawn and arranged in numerical order. Players take turns claiming tiles. Beginning with the player who claimed the lowest-ranked tile, players add the tiles to their kingdom, placing it next to their Castle or a tile with a matching landscape. Then, a player places their king on the next set of tiles and the cycle continues. The player with the most valuable tile picks last in the next round. When a player finishes his 5x5 kingdom, scores are counted, and the player with the most points wins. The clever mechanics, simple premise, and colorful illustrations ensure that the whole family can get in on this delightful game! For 2-4 players; 15 minutes. 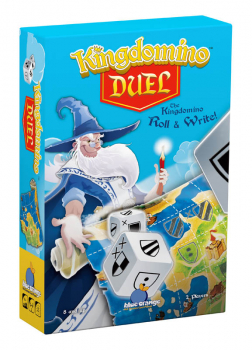