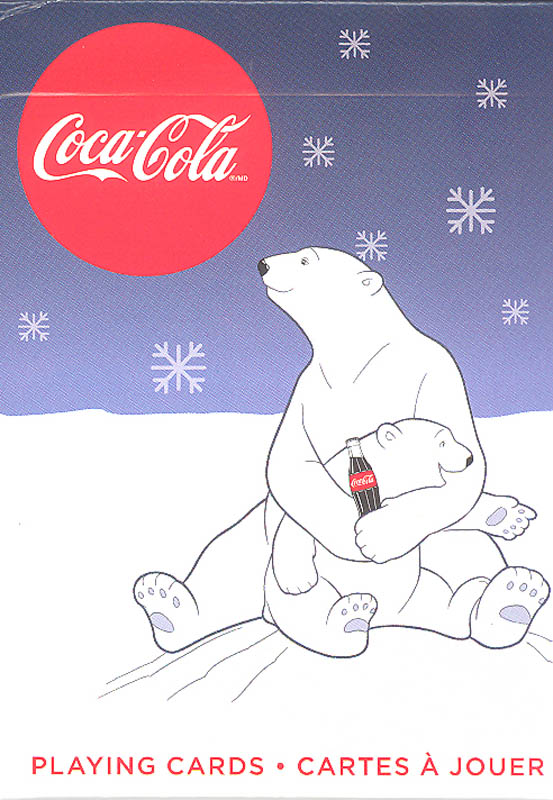 Coca-Cola's first polar bear print advertisement appeared in France in 1922. Over ninety years later the makers of Bicycle® brand playing cards are bringing a fresh spin to an iconic image.

Bring the magic of the holidays home with these Coke Polar Bear decks from Coca Cola and the makers of Bicycle®.

Primary Subject
Games, Puzzles & Toys
Grade Start
3
Grade End
AD
EAN
073854024058
Format
Other
Brand Name
The United States Playing Card Company
Weight
0.0 (lbs.)
Powered by TurnTo
Questions that need answers | My Posts
Start typing your question and we'll check if it was already asked and answered. Learn More
Do not include HTML, links, references to other stores, pricing or contact info.
My question is about: