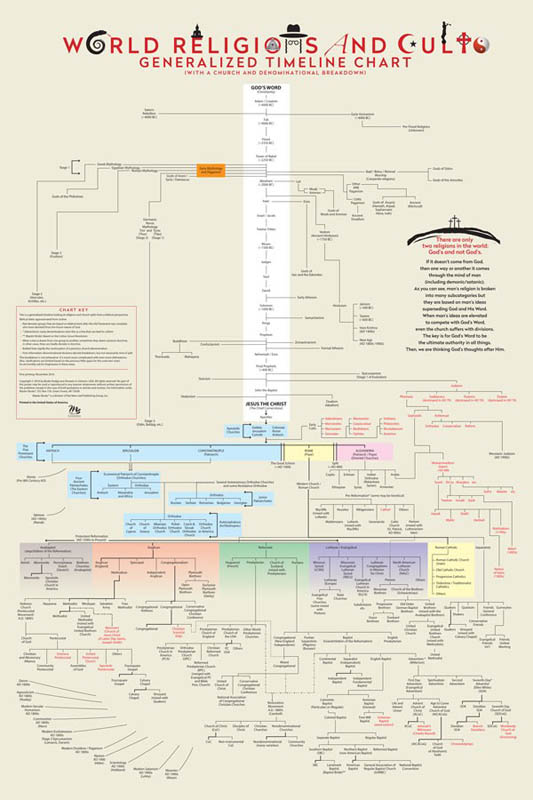 This timeline poster shows all groups presented in the series World Religions and Cults. There are no specific dates assigned, just time periods. The timeline is presented with God's Word at the top/core and branching out to the different groups as they appeared in history. The poster measures 24" W x 40" H. ~ Donna

There are only two religions in the world: God's and not God's. If it doesn't come from God, then one way or another it comes through the mind of man (including demonic/satanic). As you can see, man's religion is broken into many subcategories but they are based on man's ideas superseding God and His Word. When man's ideas are elevated to compete with God's Word, even the church suffers with divisions. The key is for God's Word to be the ultimate authority in all things. Then, we are thinking God's thoughts after Him. 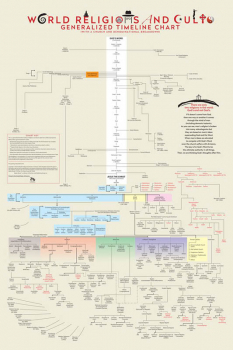