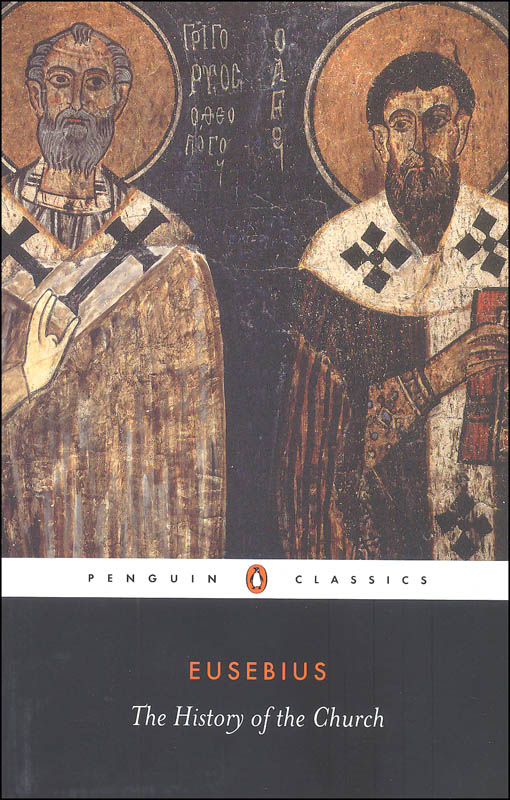 History of the Church

Bishop Eusebius lived during the time of early church heresies and the creation of the Nicene Creed. A writer and scholar, he wrote the only surviving contemporary history of the church from the time of Christ to Constantine. Centered on information and people, his writing helps the reader further understand the church's doctrinal and persecution history. Also included is an introduction, an appendix listing Roman Emperors and Bishops from 44-324, and a "Who's Who" section describing all of the individuals mentioned in the history. This Penguin edition is an update of G.A. Williamson's original translation. Recommended for Memoria Press' History of the Early Church curriculum. 435 pp, sc. ~ Ruth

Eusebius's account is the only surviving historical record of the Church during its crucial first 300 years. Bishop Eusebius, a learned scholar who lived most of his life in Caesarea in Palestine, broke new ground in writing the History and provided a model for all later ecclesiastical historians. In tracing the history of the Church from the time of Christ to the Great Persecution at the beginning of the fourth century, and ending with the conversion of the Emperor Constantine, his aim was to show the purity and continuity of the doctrinal tradition of Christianity and its struggle against persecutors and heretics.