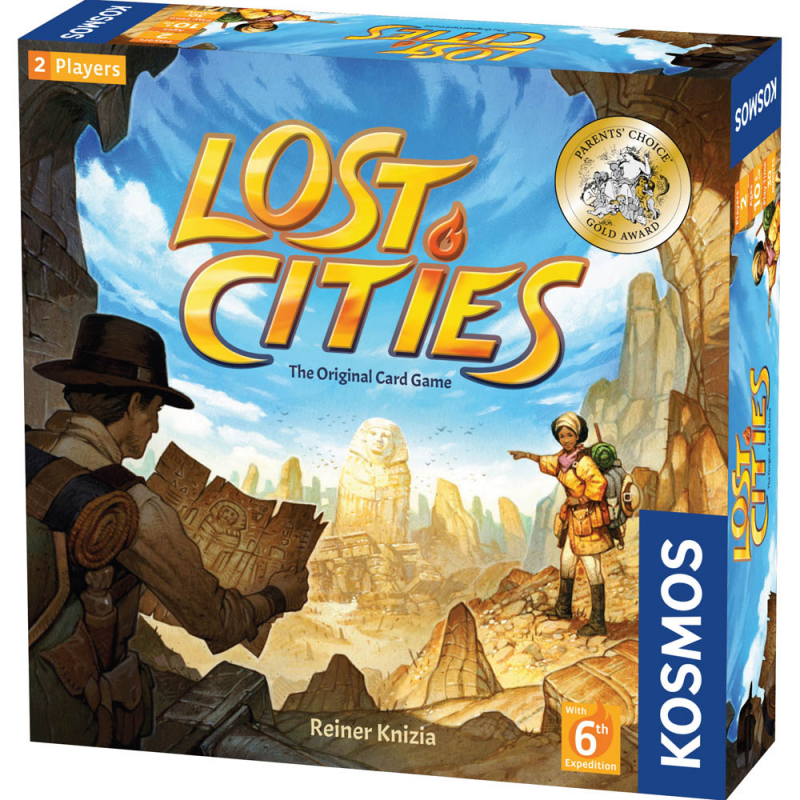 This simple, 2-player card game invites adventurous players to set out on up to five different expeditions but choose wisely or it will cost you in the end! The game has only two components: the board and a deck of cards. The board shows five different maps, each one a different color. The deck holds cards of the same five colors, numbered from 2-10, as well as investment cards. Each player is dealt 8 cards, and the rest of the deck is set aside as the draw pile. On each turn, players play one card, either on the board on the matching color (which acts as a discard pile, so either player can then pick it up) or in front of the board showing they are starting that expedition. Then they draw one card, either a new one from the pile or one they want from the board. Each expedition "costs" 20 points to go on, so players must be able to play cards adding up to at least 20 or they will lose points at the end. Investment cards for each color multiply the gain or loss! of an expedition. Once the draw pile runs out, the game is over and players add up their scores. For each expedition they've attempted, players add up their cards and deduct 20 points for the cost, totaling any excess points (or negative points) together for their total score.

Primary Subject
Games, Puzzles & Toys
Grade Start
5
Grade End
AD
EAN
814743013896
Format
Other
Brand Name
Kosmos
Weight
0.95 (lbs.)
Dimensions
8.0" x 8.0" x 1.25"
Powered by TurnTo
Questions that need answers | My Posts
Start typing your question and we'll check if it was already asked and answered. Learn More
Do not include HTML, links, references to other stores, pricing or contact info.
My question is about:

Powered by TurnTo
Review More Purchases | My Posts
4.0 / 5.0
1 Review
5 Stars
4 Stars
3 Stars
2 Stars
1 Star
0
1
0
0
0
Rated 4 out of 5
Lost Cities Board/Card Game
It won't take long to learn how to play. Learning how to play well, may take some time. The biggest fault in the game is the last two cards in the draw pile are not usable. We added one more round so when you are done with your turn and can't draw then it is over.
February 15, 2022
Darrel J
Purchased
8 months ago 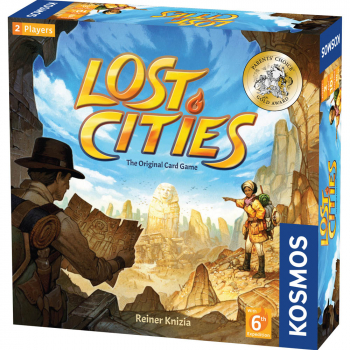