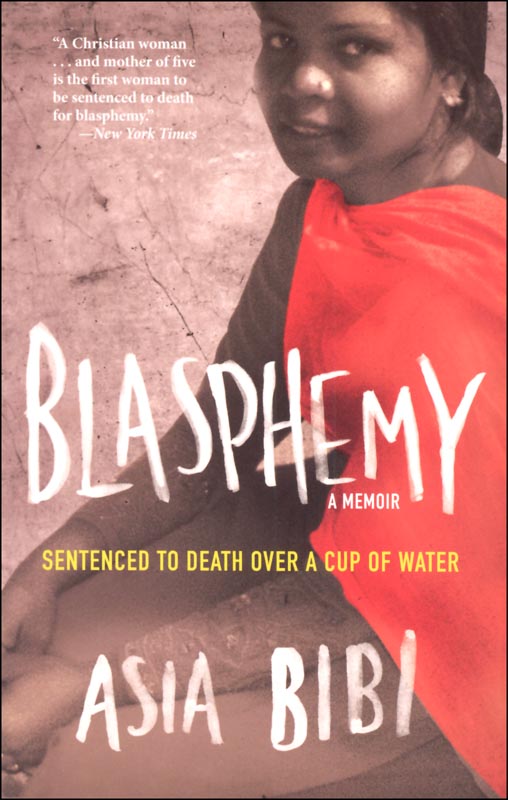 Blasphemy - A Memoir: Sentenced to Death Over a Cup of Water

Readers will learn the shocking and true story of a lady from Pakistan who was sentenced to death in 2009 for violating blasphemy laws, because she offered a cup of water to a Muslim woman. How easy it is for most Americans living in relative freedom to forget that millions of people throughout the globe experience severe religious persecution on a regular basis, often with the full approval of government officials. This sobering story will provide readers with an eye-opening glimpse into the life of an ordinary person living in the 21st century who has suffered greatly for her faith. It will also remind such readers of the immense value of religious liberty. 137 pgs, pb. ~ Mike

A memoir from a woman currently waiting out her death sentence in a Pakistani prison. In June 2009 a Pakistani mother of five, Asia Bibi, was out picking fruit in the fields. At midday she went to the nearest well, picked up a cup, and took a drink of cool water, and then offered it to another woman. Suddenly, one of her fellow workers cried out that the water belonged to Muslim women and that Bibiwho is Christianhad contaminated it. "Blasphemy!" someone shouted, a crime punishable by death in Pakistan. In that instant, with one word, Bibi's fate was sealed. First attacked by a mob, Bibi was then thrown into prison and sentenced to be hanged.Since that day, Asia Bibi has been held in appalling conditions, her family members have had to flee their village under threat from vengeful extremists, and the two brave public figures who came to Bibi's defensethe Muslim governor of the Punjab and Pakistan's Christian Minister for Minoritieshave been brutally murdered. In Blasphemy, Asia Bibi, who has become a symbol for everyone concerned with ending an unjust law that allows people to settle personal scores and that kills Christians and Muslims alike indiscriminately, bravely tells her shocking and inspiring story and makes a last cry for help from her prison cell.Proceeds from the sale of this book support Asia Bibi's family, which has been forced into hiding. 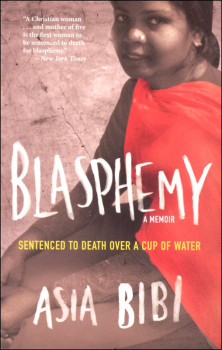