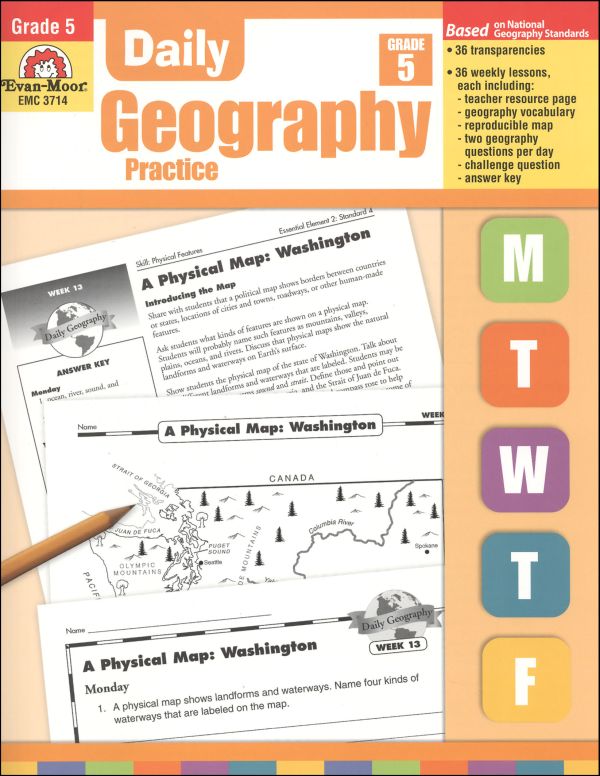 This Grade Level Teacher Book is reproducible and includes an answer key plus map and globe transparencies.

A supplemental skills program, these practice books are packed with activities. Intended to be taught by direct instruction rather than independently, most activities will require a map or globe to complete. The good news is that these are included right in the book. No, not an actual fold-out map or spinning globe, but printed maps of the section of the globe or map that go with that activity.

The books are divided into a 36-week layout, and there is a map to go along with each week. The Grade Level Teacher Books provide the weekly lessons which include a teacher resource page (answer key, background information, vocabulary words, and definitions) plus the reproducible Student Worksheets (map, two geography questions for each day, and a challenge question for the end of each week). Each book covers some similar items (at the appropriate age level, of course) as well as some different geographic items or regions. The Student Practice Books are non-reproducible and do not include an answer key. They are used if you do not wish to copy the student worksheet pages from the Teacher Book. Teacher Books are 160 pgs, pb, and include access to download the 36 maps. ~ Zach

Primary Subject
History/Geography
Grade
5
ISBN
9781557999740
EAN
023472037145
Format
Softcover Book
Brand Name
Evan-Moor
Weight
1.0 (lbs.)
Dimensions
11.0" x 8.5" x 0.5"
Powered by TurnTo
Questions that need answers | My Posts
Start typing your question and we'll check if it was already asked and answered. Learn More
Do not include HTML, links, references to other stores, pricing or contact info.
My question is about:

Powered by TurnTo
Review More Purchases | My Posts
4.0 / 5.0
1 Review
5 Stars
4 Stars
3 Stars
2 Stars
1 Star
0
1
0
0
0
Rated 4 out of 5
Geography is great, but I wish the layout was different
When I purchased this resource for my 5th grader, it looked to be exactly what I wanted. The geography and material covered is great, but when we started using it, I was disappointed by the layout. The answers to the questions are right within a page or two of the assignment the student is to work on. If you tear the pages out as an alternative, you will be tearing out the answers for the following lesson, as those will be on the back of the current lesson. When I went looking for a good solution that others use, I noticed that this resource is meant to be photocopied for student use. I didn't realize that when I ordered it. While the material is just what we were looking for, I wish the set up was better for open and go studying. Otherwise I would give it 5 stars.
August 26, 2020
Nicole 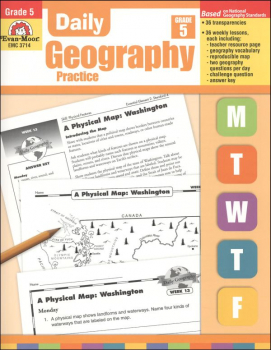