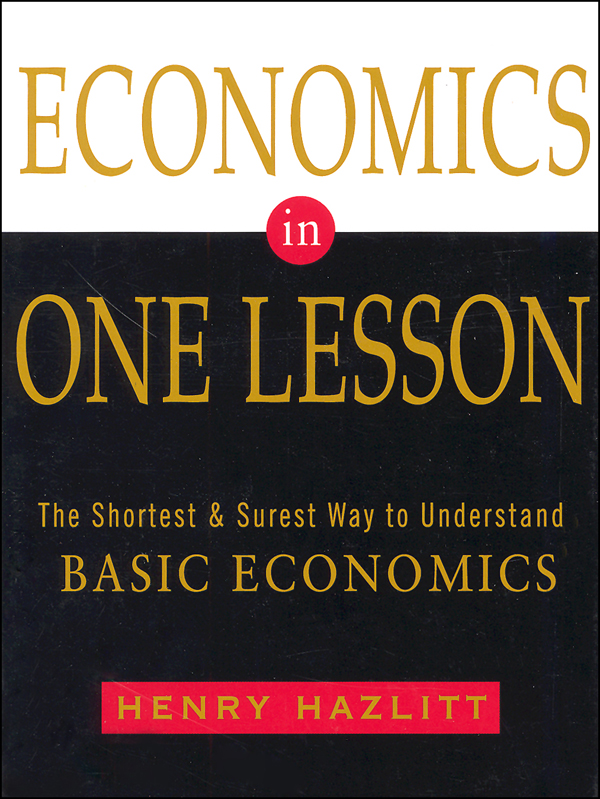 Economics in One Lesson

I am the first to admit that reading a book about economics is not at the top of my list. But once I got into it, I kept reading and reading! The first edition of this book appeared in 1947. Author Henry Hazlitt revised it in 1961 and again in 1978, but don't think for a minute that the information is not relevant to our world today. I found myself drawn into reading about the broken window fallacy. That is, if someone throws a brick through a bakery window, and the owner has to pay a glazier $250 to fix it, the brick-thrower has created work for the glazier. But this is a fallacy because prior to the brick through his window, the baker had a whole window and was planning to use the $250 to buy a new suit. So, the tailor actually lost work due to the brick-thrower. The overall economy is no further ahead due to the brick, get it? There are consequences we can see, such as the glazier getting a $250 window replacement job, and those we cannot see, such as the tailor who never got to make the baker a suit for $250. It's stories such as this that helped me understand economic principles like how need does not equal demand. Building a bridge to create jobs vs. there being a need for a new bridge; it was getting fascinating and kept my attention! Hazlitt made me think of the immediate vs. long-term results of a money decision. I was nervous at first that the language was too sophisticated for most students, but as I got into it, I adapted to the vocabulary and I think a high school student would too. Pb, 14pp. ~ Sara

A million copy seller, Henry Hazlitt's Economics in One Lesson is a classic economic primer. But it is also much more, having become a fundamental influence on modern "libertarian economics of the type espoused by Ron Paul and others.

Considered among the leading economic thinkers of the "Austrian School, which includes Carl Menger, Ludwig von Mises, Friedrich (F.A.) Hayek, and others, Henry Hazlitt (1894-1993), was a libertarian philosopher, an economist, and a journalist. He was the founding vice-president of the Foundation for Economic Education and an early editor of The Freeman magazine, an influential libertarian publication. Hazlitt wrote Economics in One Lesson, his seminal work, in 1946. Concise and instructive, it is also deceptively prescient and far-reaching in its efforts to dissemble economic fallacies that are so prevalent they have almost become a new orthodoxy.

Many current economic commentators across the political spectrum have credited Hazlitt with foreseeing the collapse of the global economy which occurred more than 50 years after the initial publication of Economics in One Lesson. Hazlitt's focus on non-governmental solutions, strong and strongly reasoned anti-deficit position, and general emphasis on free markets, economic liberty of individuals, and the dangers of government intervention make Economics in One Lesson, every bit as relevant and valuable today as it has been since publication. 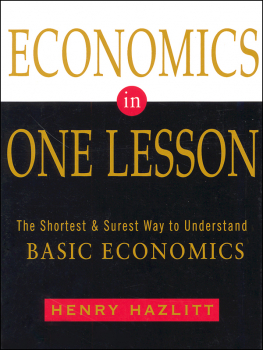