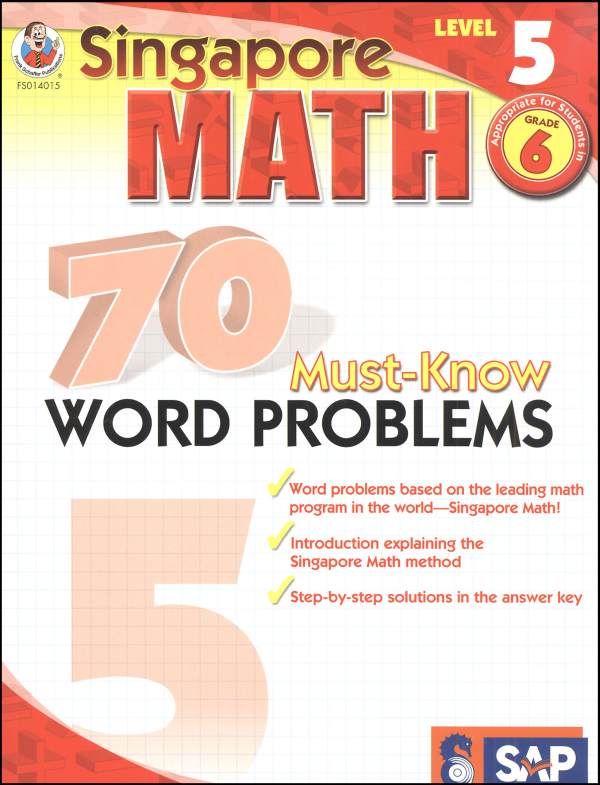 Singapore math is becoming a household term. This series from a major American publisher of supplemental instructional workbooks - Frank Schaffer Publications - is directly correlated to the SM textbooks. To help students who struggle with word problems, these workbooks focus on diagrams, number bonds, the "counting on" method and the "crossing out" method. The answer key features step-by-step worked out solutions. 160 pgs, pb. ~ Janice

Powered by TurnTo
Review More Purchases | My Posts
5.0 / 5.0
1 Review
5 Stars
4 Stars
3 Stars
2 Stars
1 Star
1
0
0
0
0
Rated 5 out of 5
This book was very helpful for my son Although he was in Singpore 6A we used the Word Problems 5 book The exercises are very challenging but the step by step explanations were helpful when we were stuck
October 29, 2010
Deborah Taylor 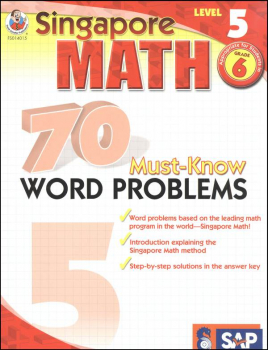