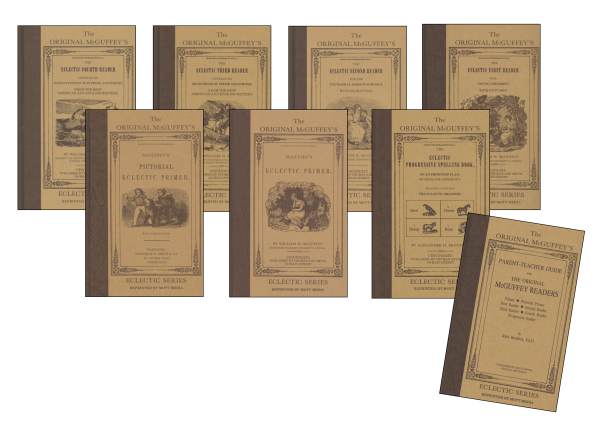 Homeschools have sometimes been compared to old-fashioned one room schoolhouses. And it's a comparison to be proud of. Back when we were a nation of one-room schoolhouses the literacy rate was considerably higher than it is today. And, interestingly enough even without today's emphasis on "standards", there was a uniformity among curriculum materials largely because there were so few being produced. School children all across America learned to read using the McGuffey Readers, first published in 1836. This edition is a reprint of the original edition. As you would expect, there are some dated elements, but the stories often have strong moral messages that are timeless. The upper readers include many classic selections.

Powered by TurnTo
Review More Purchases | My Posts
5.0 / 5.0
1 Review
5 Stars
4 Stars
3 Stars
2 Stars
1 Star
1
0
0
0
0
Rated 5 out of 5
Just what I was looking for!
Thank you for still making available this 8 Volume McGuffey Eclectic Reader and Parent/teacher Guide. Quality, hard cover volumes with the original lessons. I actually both the set for myself, for multiple reasons. I love history, and I love how God's word and the family values our nation was founded on are woven throughout the lessons. If I had it to do over again (home schooling) I would absolutely incorporate these as part of our curriculum. Can't say enough good about them. DM
April 6, 2021
Douglas M
Purchased
7 months ago 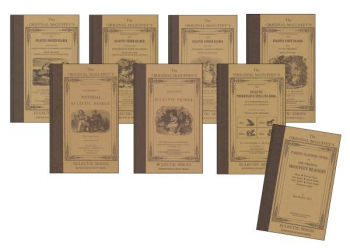