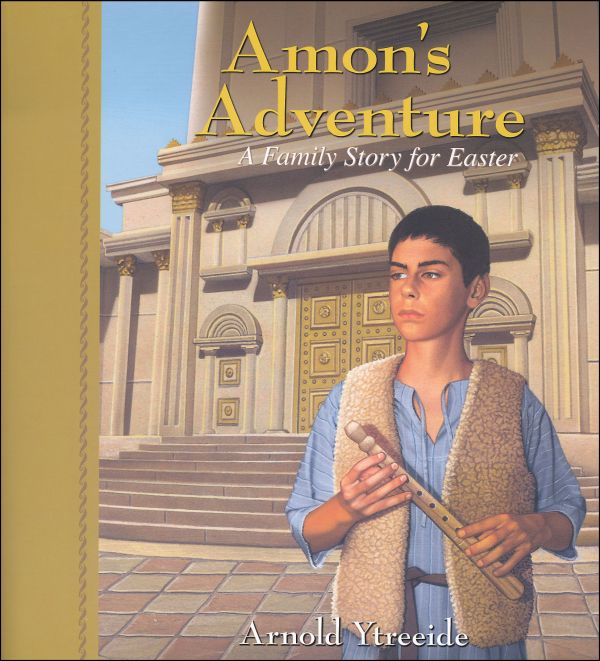 Thirteen-year-old Amon enjoys playing with his friends, but he is eager to join his father in the temple court with the other men. Amon sacrifices his childhoodand grows up fastwhen he sets out to defend his father, who has been falsely accused of a crime. Along the way, Amon witnesses the Biblical events of the Easter Story. He sees the Palm Sunday crowds, hears Jesus address the angry mob, is present during Judas' betrayal, and witnesses Jesus' death and resurrection. A devotional appears after each of the twenty-eight chapters, consisting of a Bible verse and questions for discussion or reflection. Occasional black-and-white illustrations. By Arnold Ytreeide. 191 pgs, pb. ~ Lisa

Tamar is also intelligent but has the faith of one who has no problem believing that which she cannot see. She is also a faithful friend.
0
BEST ANSWER: Amon is an exceptionally intelligent and loyal boy. This intelligence causes him to try and take matters into his own hands and deny emphatically that which he cannot explain. The book is mostly his journey out of the controlled and into the unexplained.

Tamar is also intelligent but has the faith of one who has no problem believing that which she cannot see. She is also a faithful friend.
Vote for the best answer above!

Powered by TurnTo
Review More Purchases | My Posts
5.0 / 5.0
3 Reviews
5 Stars
4 Stars
3 Stars
2 Stars
1 Star
3
0
0
0
0
Rated 5 out of 5
Fabulous Family Read!
Our family loved Jotham’s Journey so much this past Christmas! They begged for Amon’s Adventure and we have loved it just as much, maybe more! Everyone begs for one more chapter! No doubt we will read it every year!
March 27, 2022
Rebecca E
Purchased
11 months ago
Rated 5 out of 5
Great book. My girls, 9 & 13, beg for another chapter every time we read.
April 19, 2019
Tammie N
Purchased
over 3 years ago
Rated 5 out of 5
Beautifully Written and Engaging
Our family is enjoying this page turner with the intent to turn our hearts to our Redeemer. It is beautifully written and has engaged our whole family this advent season. I will be purchasing some of Ytreeide’s other works in the future!
March 18, 2019
Jennie K
Purchased
over 3 years ago 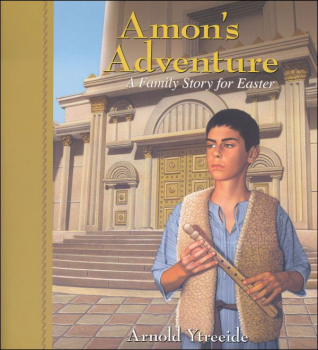