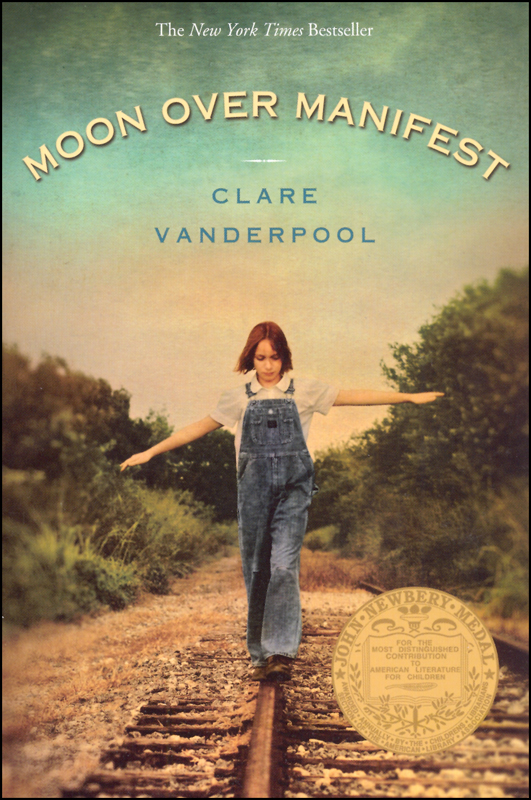 Not only is this a recent Newbery Medal winner, but it's also a great multi-layered story that kept me reading until the end! Set in the dry, dusty 1930s, the main story revolves around Abilene Tucker, who's used to moving from place to place with her drifter father. When her dad takes a job with the railroad, he sends her to the little town of Manifest, Kansas, where he spent some time growing up. Knowing little about her father's past, but familiar with his stories of the place, she is eager to see the town with her own eyes. On her first night there, Abilene finds a box of letters and trinkets hidden up in the floorboards. The letters are written from Jinx and Ned, and they mention a spy called "The Rattler." Now she has another mystery to unravel one that comes in reluctant bits and pieces through Miss Sadie, the elderly "diviner," Pastor Shady Howard, newspaper columnist Hattie May, and other townspeople. By Clare Vanderpool, 352 pgs, pb.

Winner of the 2011 Newbery Award.The movement of the train rocked me like a lullaby. I closed my eyes to the dusty countryside and imagined the sign I'd seen only in Gideon's stories: ManifestA Town with a rich past and a bright future. Abilene Tucker feels abandoned. Her father has put her on a train, sending her off to live with an old friend for the summer while he works a railroad job. Armed only with a few possessions and her list of universals, Abilene jumps off the train in Manifest, Kansas, aiming to learn about the boy her father once was.Having heard stories about Manifest, Abilene is disappointed to find that it's just a dried-up, worn-out old town. But her disappointment quickly turns to excitement when she discovers a hidden cigar box full of mementos, including some old letters that mention a spy known as the Rattler. These mysterious letters send Abilene and her new friends, Lettie and Ruthanne, on an honest-to-goodness spy hunt, even though they are warned to "Leave Well Enough Alone.Abilene throws all caution aside when she heads down the mysterious Path to Perdition to pay a debt to the reclusive Miss Sadie, a diviner who only tells stories from the past. It seems that Manifest's history is full of colorful and shadowy charactersand long-held secrets. The more Abilene hears, the more determined she is to learn just what role her father played in that history. And as Manifest's secrets are laid bare one by one, Abilene begins to weave her own story into the fabric of the town. Powerful in its simplicity and rich in historical detail, Clare Vanderpool's debut is a gripping story of loss and redemption.
Primary Subject
Library Builders
Grade Start
4
Grade End
7
ISBN
9780375858291
Author
Clare Vanderpool
Format
Softcover Book
Brand Name
Yearling Books
Weight
0.55 (lbs.)
Dimensions
7.5" x 5.0" x 1.5"
Powered by TurnTo
Questions that need answers | My Posts
Start typing your question and we'll check if it was already asked and answered. Learn More
Do not include HTML, links, references to other stores, pricing or contact info.
My question is about: 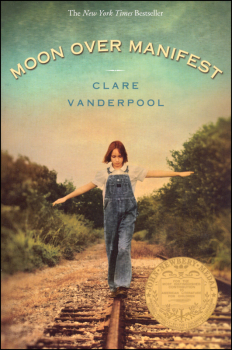