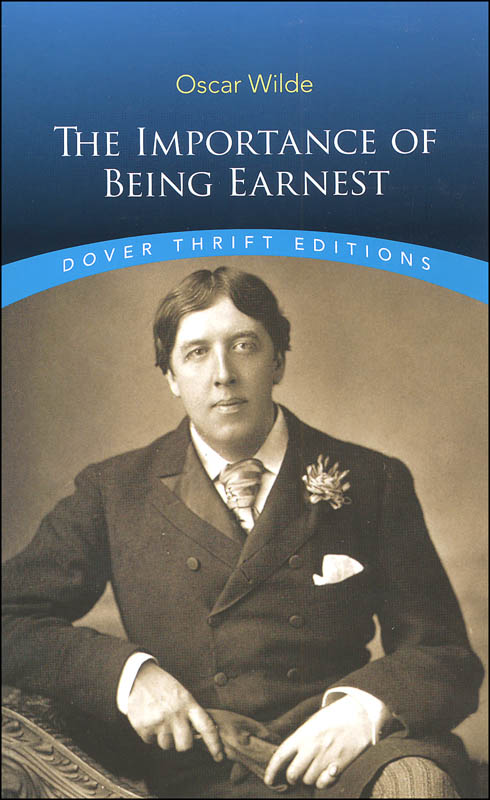 Importance of Being Earnest (Thrift)

This witty and lighthearted play by Oscar Wilde is a comic masterpiece. Performances of this comedy have brought joy to audiences worldwide, and today you can have this play come to life in your own home. The book is in script format, complete with stage cues so you may reenact the play with your children, or simply read along and use your imagination to put the characters on the stage. The play begins in Algernon Moncrieff's London flat, where the main character Jack (whose city name is Ernest) has proposed to dear, sweet Gwendolen. However, this simple proposal soon reveals to Gwendolen's mother, Lady Bracknell, that Jack is not on her list of eligible young men as a suitable husband for Gwendolen. Lady Bracknell quickly goes to work interviewing Jack to see if he might be a good suitor for her daughter. After a series of questions, things are looking good for Jack; however, one piece of the puzzle is missing. Jack does not know his blood-line, as he was found in a black leather hand-bag in the cloak room of a train station. After instructions from Lady Bracknell, it is clear that Jack must find some relations, more importantly his parents, before he will ever be allowed Gwendolen's hand in marriage. Continue on with the story as it twists and turns towards the surprising ending. Unabridged paperback, 54 pages. - elise

Here is Oscar Wilde's most brilliant tour de force, a witty and buoyant comedy of manners that has delighted millions in countless productions since its first performance in London's St. James' Theatre on February 14, 1895.The Importance of Being Earnestis celebrated not only for the lighthearted ingenuity of its plot, but for its inspired dialogue, rich with scintillating epigrams still savored by all who enjoy artful conversation.
From the play's effervescent beginnings in Algernon Moncrieff's London flat to its hilarious denouement in the drawing room of Jack Worthing's country manor in Hertfordshire, this comic masterpiece keeps audiences breathlessly anticipating a new bon mot or a fresh twist of plot moment to moment. A selection of the Common Core State Standards Initiative. 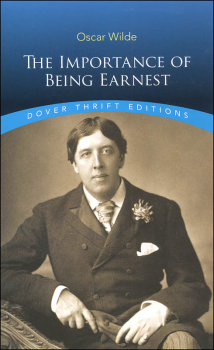