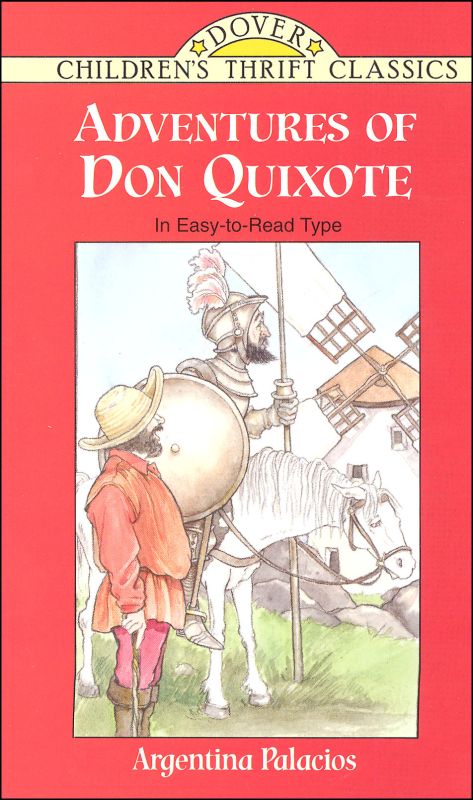 Greatly influenced by the many books he has read on the rules of chivalry, Don Quixote and his "squire" Sancho Panza embark on a series of outrageous adventures that are often the result of Quixote's wild imagination. Among others, they meet a mighty lord (the innkeeper) and fight against the giants (the windmills). While specifically geared for a younger audience, this abridged version by Argentina Palacios provides a well-rounded sampling of the adventures Quixote encounters in Cervantes's original. 59 pgs, pb. ~ Enh

Children's Thrift Editions feature great story collections in easy-to-read type and at a great price. These are considered "thrift" editions because the margins are generally narrower, and binding and paper are possibly of slightly lower quality than full price editions. All volumes are paperback. Folk and fairy tales add a fun dimension to any history or geography study!  ~ Rachel P. 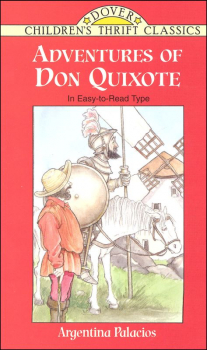