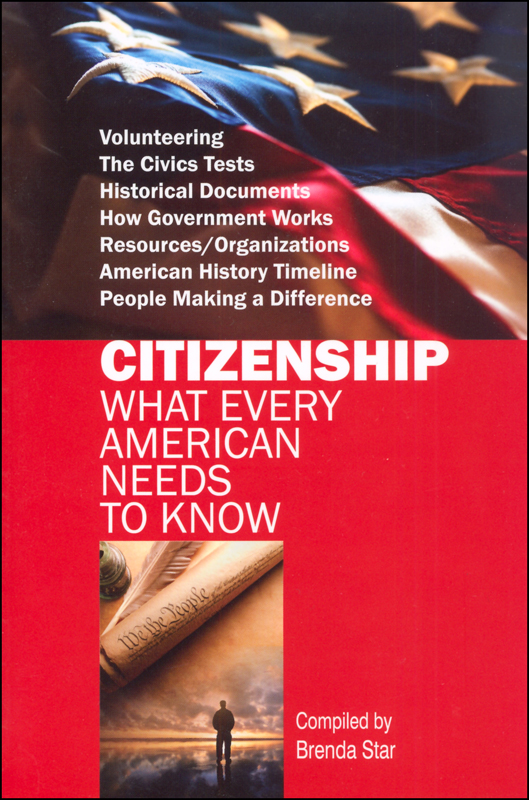 Citizenship: What Every American Needs to Know

How would you score on a Civics exam? What about the U.S. Naturalization test? This book gives you the chance to find out. A valuable reference for anyone wishing to "brush up" on their knowledge of American government, history, and civics, the book begins with two civics tests: the Intercollegiate Studies Institute Civic Literacy Exam and the United States Citizenship and Immigration Services Naturalization Test. The rest of the book focuses on topics that should be common knowledge to all Americans: the naturalization process, an American history timeline, and an overview of how U.S. government works at the federal and state/local levels. There is also a historical documents section with the text of the Declaration of Independence, Articles of the Constitution, Bill of Rights, and Gettysburg Address. Other short chapters hold quotes from notable Americans, a breakdown of the Armed Forces, lists of holidays and Presidents/Vice Presidents, brief stories of Americans that have made a difference, information on volunteering, and other information relevant to U.S. citizens. The back of the book includes a glossary, fun facts about America, and a list of civic resources and organizations with website addresses. 162 pgs, pb. ~ Lisa 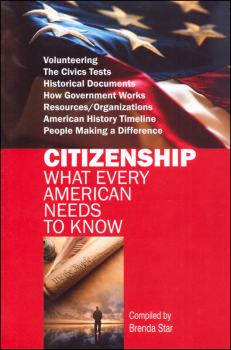