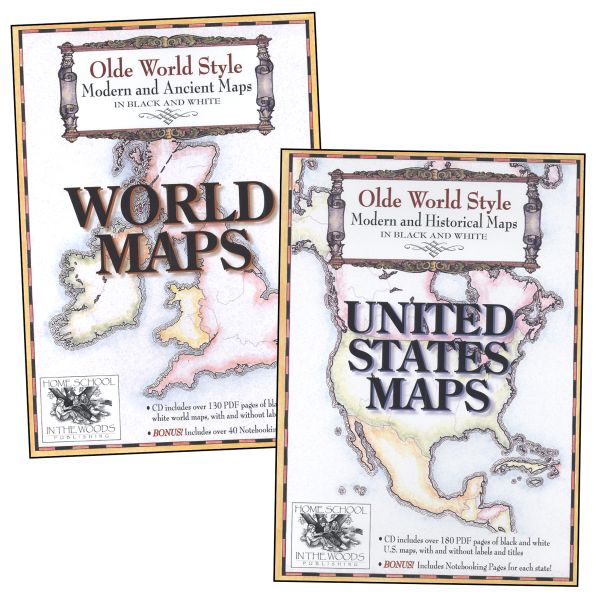 The makers of the Record of Time - Timeline Notebook (item #030982) have expanded the product's collection of maps into two new sets. The United States map set includes over 180 maps with notebooking pages for each state. Maps of each state, Washington D.C., and American History are offered. State maps are given in three formats: with labels, without labels, and in outline form. Examples of the American history maps include location of various Native Tribes and the original 13 colonies. The World map set contains over 130 maps in ancient and modern styles and includes over 40 notebooking pages. The World maps can be used in a variety of ways such as determining locations of countries, cities, landforms, and bodies of water. Ancient maps are presented in physical map format, while modern maps contain political lines.

Primary Subject
History/Geography
Grade Start
K
Grade End
AD
ISBN
9780984204106
Format
Other
Brand Name
Home School in the Woods
Weight
0.375 (lbs.)
Dimensions
7.5" x 5.25" x 1.0"
Powered by TurnTo
Questions that need answers | My Posts
Start typing your question and we'll check if it was already asked and answered. Learn More
Do not include HTML, links, references to other stores, pricing or contact info.
My question is about:

Powered by TurnTo
Review More Purchases | My Posts
5.0 / 5.0
1 Review
5 Stars
4 Stars
3 Stars
2 Stars
1 Star
1
0
0
0
0
Rated 5 out of 5
The details in these maps are absolutely stunning The folks at Home School In The Woods have taken the time to create a quality product to help you teach geography The first map I printed was CANADA obviously and my son who is 9 was all excited to practice learning the provinces and territories of our country He even did more than I asked him to do and learned the countries surrounding Canada seas bays and rivers on the map as well I was even more impressed with this product when I realized that you could also get some interesting pages related to the theme of the products For example in the Old World Style Modern and Ancient Maps: World Maps you would find recipe cards flags special identification graphics for the countries geography terminology to learn flora and fauna history timeline and so much more! You will also get the maps from ancient Egypt ancient Greece the voyages of Paul Palestine time when Jesus came and so on However in the Old World Style Modern and Historical Maps: United States you will be able to get the State Facts pages to write down information about all the various states This would be very fun to do when we go on a trip in the US with our RV Two years ago we went to PA MA ME before heading to NB and PE in Canada Consequently I am thinking of starting a project with my oldest son so he can keep track which states we have visited in a notebook These pages are simply wonderful! My only regret is that there aren't pages for the different provinces and territories of Canada like the ones for the various states in the US I personally think it would be a great addition Why not create an Olde Word Style Modern and Historical Maps: CANADA After all we have a lot of history in our land and to think that Nunavut is a territory only since 1999 It would be very interesting to have the progression of Canada on maps with this concept And we could include pages for Canadian recipes from natives as well as French Canadians and immigrants in the country Don�t you think it would be a great idea? And with the number of homeschoolers in Canada I am sure that this would be a product that will be popular among us CanadiansIn conclusion I absolutely recommend these products for anyone who wants to discover geography with their children They are well done and fun to use I know that these products will be used a lot in our household and in our trips The world is right at our fingertips!
June 3, 2010
Isabelle Lussier 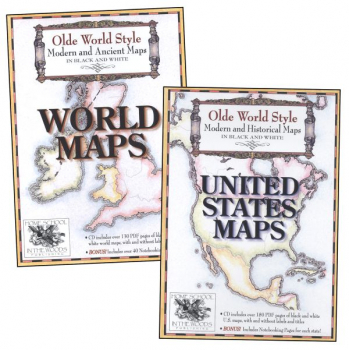